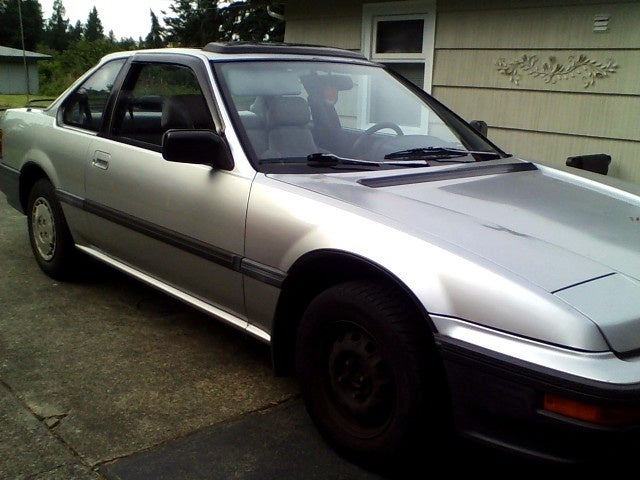 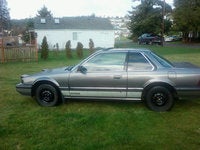 The 1988 Honda Prelude ushered in the third generation of Honda's popular sporty coupe. The Prelude retained its appearance for the most part, growing just a little longer and wider. All Preludes got a bigger engine, and Honda introduced a new four-wheel-steering trim, which was designed to improve handling, especially around corners.

The 1988 Honda Prelude came in three trims: the base S model, the midrange Si, and the 4WS. The S had a 2.0-liter, 104 horsepower engine. The Si and the 4WS both came with a 2.0-liter, 135-horsepower engine, which was Honda's most powerful engine to date. The Si and 4WS were both well-equipped with things like power windows. All Preludes had a sunroof. Fuel economy was about 23/27.

The 1988 Honda Prelude has many fans who still drive them today. They say the car is a blast to drive, handling corners at high speeds with ease. They also say they are extremely reliable, and in the event there is a problem, they are very easy to fix. There are some complaints about the tiny backseat, and while some drivers find the four-wheel-steering interesting, most find it unnecessary.

ParkerRyan17701 I want to find out exactally how many were made in 1988 and which number my car is out of the bunch.

GuruYKLFX coupe1988Prelude breathtaking beautiful drove like a race car .I was could feel the muscle in steeling wheel.brought from Honda on route 4 into 1997 .$6000.00. we live in Bright Indiana.Sons first car he went to East Central High School. I'm his mom drove once to much power for me. I pray to get home with out him known I took spin! an he wrecked coming downState Line going to work at NorthSlopes. Great body shop Lawrenceburg,In. left hand across from KFC.that shop made it beautiful again.SHINY BLACK SHEEK LIKE CAME RIGHT FROM ASSEMBLE LINE!! Six months later fight w/ girlfrend at concert been doing shots mad left concert on highway driving wasted next Thing three days later calls mom crying I wreck my car don't know what happened (blackout) went to were he was . The beautiful long black front was now in front seat. The accordain shape was the end result. Also no redo bad behavoir gets no reward.It went to grave yard.With the other.D.U.I.'sgreat car end. Son recovering 15yrs Sober! 0ne day at time!

Guru1BM8T I bought a 1988 prelude in 2006 and drove it for 3 years without a single problem. Had to replace the rear brakes but that was it. It started each and every time, never left me stranded. I don't know how many miles it had on it because the odometer stopped working at 265k, but I do know it was well over 300K. The engine purred like a kitten. I sold it in 2009 due to life changes, but the car still ran like a champ. I wouldn't be surprised if it is still out there somewhere.

Have you driven a 1988 Honda Prelude?
Rank This Car

have an 88 prelude wondering where id be able to purchase a new refurbished engine or where i can get one shipped from japan?

My Car Is Manual Trans When I First Pulled The Fill Bolt On Trans Case 6L O...

i pull the fill bolt again to check and fluid gushes out again and smells kinda like gas..how is my transmission gaining fluid? the engine oil is fine. how could gas get past the whole engine and i...

88 Honda Prelude Has Been Sitting For 3 Years And Has Not Been Turned Over....

My Car Completely Shuts Down And Then I Can Start It A Few Minutes Later We...

Its a 88 honda prelude 2.0S model, which means its the 12 valve carburated engine. The car wont idle at the 800 rpm it is supposed to. All it does is sputter like its goning to turn off and then the v...