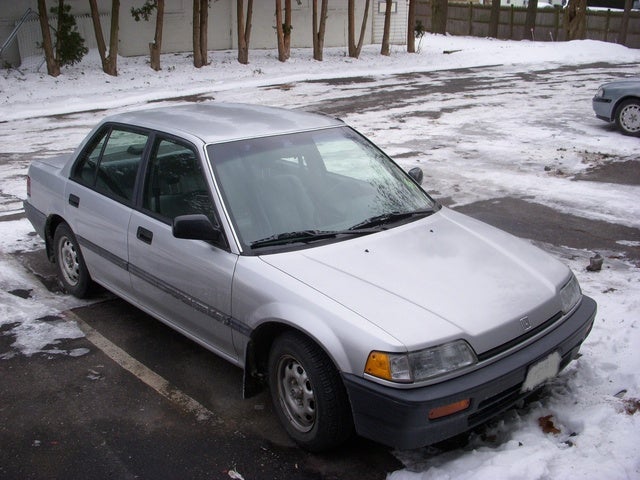 Average user score
4.2 ⁄ 5 stars
Based on 21 reviews
Reliable Car With A Nice Power To Weight Ratio. by Miika — The 4th generation Honda Civic is a very popular car, even though it´s over 20 years old. One of the main reasons for it´s popularity may be that it has the exaxt same chassis and suspension as the ... Read more
Great , Fun And Econimical/reliable Car. by Matthew — I got this car 3 years ago and have not had anything go wrong with it and only been impressed. The car is smaller than some would like but it has plenty of room for me. Handling, braking, acceleration... Read more
Its A Great First Car! by bignich530 — It is spacious but not to big! It gets great gas mileage and it is very reliable! This car will help save you money and will get you were you need to go! It may not be an all in one vehicle, but it is... Read more 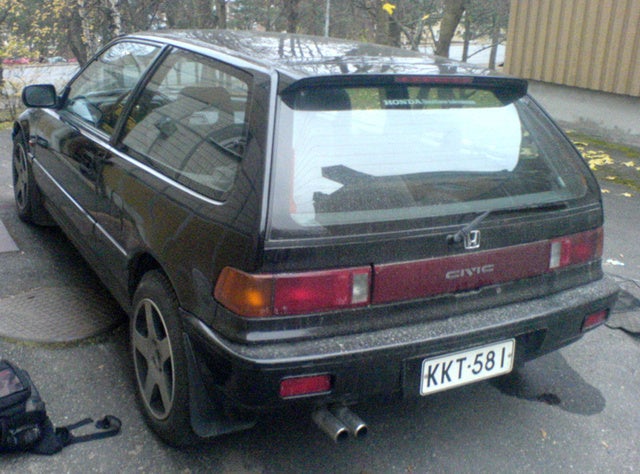 Let the drum rolls begin. Power and looks are at the forefront of generation four of the Honda Civic, and a wide variety of engines come into play. All models except for the CRX had a longer wheel base and all had more glass and a lower hood line added to looks, almost making the Civic a stylish ride.

It is 2006 as this is written, but even back then, the '88 Honda Civic was technically advanced. Its top CRX and hatchback models incorporated VTEC technology (more about this in a second); most all had a double wishbone suspension in both the front and rear; and each cylinder had 4 valves.

Still it was VTEC that had tongues wagging. VTEC stands for variable timing and lift, electronically controlled and simply means that engine speed controls the amount that the intake/exhaust valves are opened to enhance performance.

But even those Civics that didn't rate VTEC had changes. The wagon, DX sedan and hatchback, and new LX sedan all boasted a 1.5-liter engine with 16-valves, 16-valve producing greater horsepower. Even the base hatchback had a version of the same engine, just a bit lower in hp. And, the CRX got kicked up, too with a 16 valve, 1.6 liter engine.

The '88 Civic came in several models: a hatchback, sedan, wagon, and the ultra-cool 3-door CRX.

Most drivers, of any '88 Civic model, love it and some even suggest, "if it's good new, it's even better used."

Have you driven a 1988 Honda Civic?
Rank This Car

Hi, I have Old Faithful. 1988 Civic LX. I'm pretty sure this car will run forever. I have put brand new tires on her she has a new CV ball joint on the driver side Hood cable has been replaced g...

My fuel pump doesn't prime, but my ECU is not throwing any codes, my CEL comes on for 2 seconds and goes off when I turn the key like it should, and I can hear the main relay click when I turn my ...

I just had fuel pump replaced it drove for a while I had it in park while running and it puttered and cut off now it won't start at all it turns over just won't start. 1988Honda civic

My Civic Wagon Has Water Inside The Motor?

I did a 97 swap on my 88 civic wagon re did the head new gasket all around wen it was time to turn on the car I notice a lot of smoke coming out of the exhaust. So I keep the car on for couple mins. t...