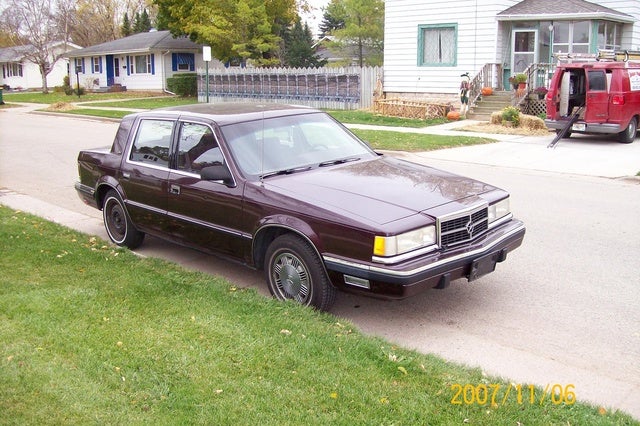 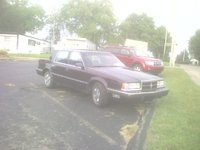 The 1988 Dodge Dynasty was Dodge's mid-size entry into the sedan market, replacing the old Diplomat, with a sister car in the Chrysler New Yorker. It came in two trims, the base and Premium models. Both sported a 2.5-liter, 4-cylinder, 96-hp engine or an optional 3.0-liter, 141-hp V6 Mitsubishi motor. A 3-speed auto was standard, and the V6 could also be paired with a 4-speed automatic Ultradrive.

Plain and boxy on the outside and what is often referred to as a granny car, the Dynasty supposedly got its name from a much glitzier source, the TV soap opera "Dynasty." In reality, it was often used for fleet cars and by police. It was roomy, reportedly seating six. Options included air conditioning, power windows and locks, and cruise control. The Premium trim also offered an optional sunroof.

Owners felt the Dynasty was smooth and handled well on the road. It was a good practical family car, reliable and sturdy. Interior room made for comfortable long rides. The biggest complaint seems to be problems with the Mitsubishi V6 engine and a general consensus that the car's squared off look is not particularly attractive.

MrLucky1966 I think the Dynasty and it's sister models earned a bum rap. Yes, the V6 was troublesome but the 4 cylinder engine was OK. I do find the squared off and angular look of the car quite attractive, the same as I think about all the 1980's era cars, the boxy look to me is a much better look than the rounded lines of today. I've driven them from time to time the 1988 to 1991 model when I worked for a car rental company and they were very comfortable to drive.

Have you driven a 1988 Dodge Dynasty?
Rank This Car

The cablr or the lever control is sticking and not opening or closing the door properly.

88 Dodge Dynasty Has No 3rd Gear Or Reverse. The Fluid Appears Clean,

It will shift 1st to 2nd and try for 3rd with no response. After it down shifts back to 2nd the warning bell will sound and it will not try for 3rd gear again