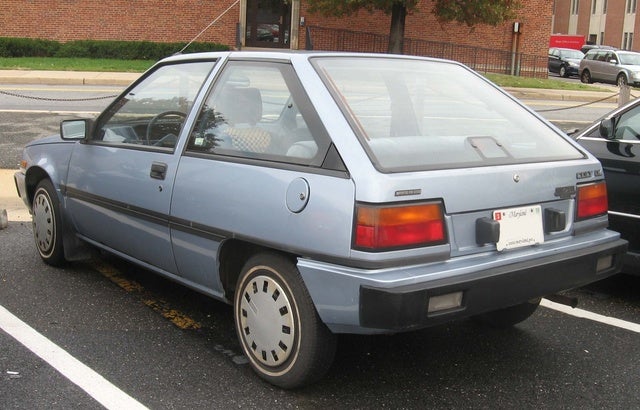 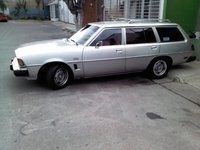 Originally sold as a hatchback, the Dodge Colt offered a wide array of hatches, sedans, and wagons by the late '80s. The 1988 Dodge Colt was available in a base hatchback, a two or four-door E hatchback, and a 4-door DL hatchback. A DL sedan and Premier sedan were more passenger-friendly and featured a rather large trunk. The Vista wagon was the 4-door hatch with a larger trunk and came with either front-wheel or all-wheel drive. New in 1988 was a 5-door DL wagon.

All sedans and hatchbacks and the DL wagon came standard with a 1.5-liter, 4-cylinder, 68-hp engine and either a 4-speed or 5-speed manual transmission. The Vista wagon ran on a 2.0-liter, 4-cylinder, 96-hp engine. A GTS Turbo package could be added to the hatches and sedans that offered sports-tuned suspension and spring rates and a 1.6-liter turbocharged engine that hit 105-hp.

The 1988 Dodge Colt was an economy car, and as such, air conditioning and power features were all extra. Though the turbo packed some punch, the 1988 Colt was not a racer, but worked well in the city and for short commutes. It was loved for its cheap price, high gas mileage, and inexpensive parts. Owners say it is surprisingly zippy, though not great at high speeds, and they recommend it as a good first time car. Others complain about the scarcity of parts, the cramped seating and lack of features, and the tendency to burn oil quickly. As for its engine power? One driver put it best when he said he was "passed by a dork on a moped."

Holt1978 Where can I find a wheel hub for this model

Have you driven a 1988 Dodge Colt?
Rank This Car

Are there Any performance parts available? I would like to add some Punch to my Colt! Thanks!

Where Can I Find A Breakdown Of The Mikuni Carburetor That The 1988 Dodge C...

I had a friend with a 1988 dodge colt that would only run if you kept pumping the accelerator. The fuel pump worked fine so I figure a carb rebuild should do the trick but I can't seem to find any in...

Where Is The Oil Pump Located

i think that oil pump is dead. dont have manual. is pump difficult to reach

Where Do I Find The Window Crank System For Drivers Side?