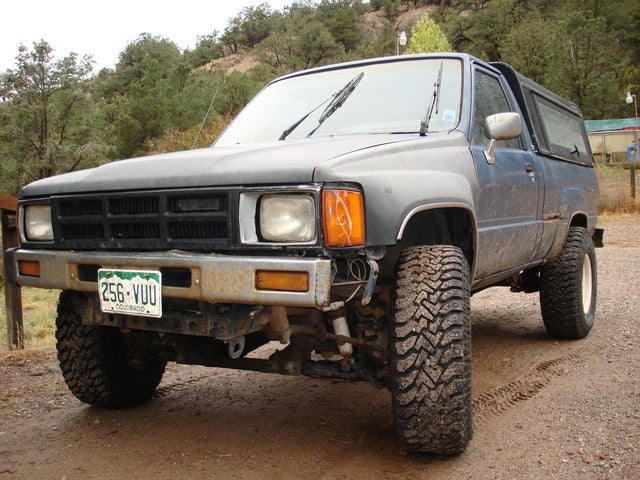 Have you driven a 1987 Toyota Pickup?
Rank This Car

Good condition for that year, but the price is high for a pickup that has a significant oil leak from the timing chain cover. Read More

I Love It By Sherry

dislike the lack of power. Like the 4 wheel drive. Its fun to drive. It looks aggressive lifted. It can go further on gas and in the mud then must of the big boys. I just look good driving it. Read More

My Best Friend. By donsaxman

Other than routine maintenance and wear items, this has only been in the shop for a single repair (reconnect speedometer cable). The truck weighs in at less than 2700 pounds and with the rear leaf sus... Read More

You cant go wrong with a Toyota 4x4 pickup, especially the older models with the 20r, 22r, or the 223re engines. Read More

great Toyota little pickup...does everything you ask.~! cannot see the rear bumper...NOT impact absorbing....got the first dent....everyone has to have at least ONE dent on your new car...also comin' ... Read More

Best car I've ever owned, family size increases, so does the truck size, LOL. So, Yes, I WILL buy another Toyota. The build quality is exceptional, very little maintenance required, and replacement ... Read More

i happen to like the body of it for modification!.... thanks! Read More

the definition of dependable. its a toyota, it is the most used truck in the world. can do anything. has done everything i have asked it to do. just have to keep up replacing worn out parts aft... Read More 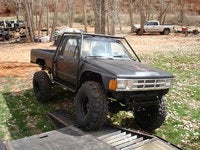