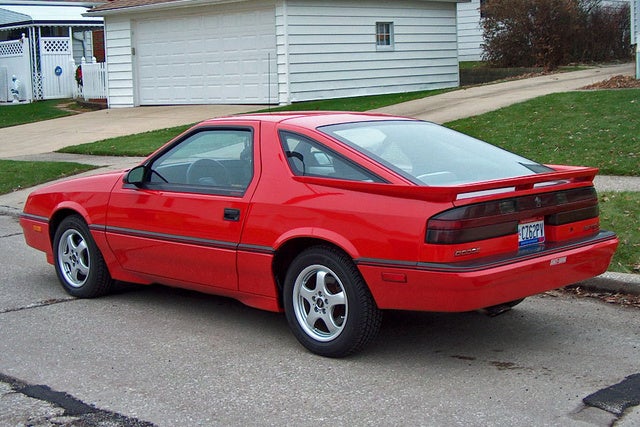 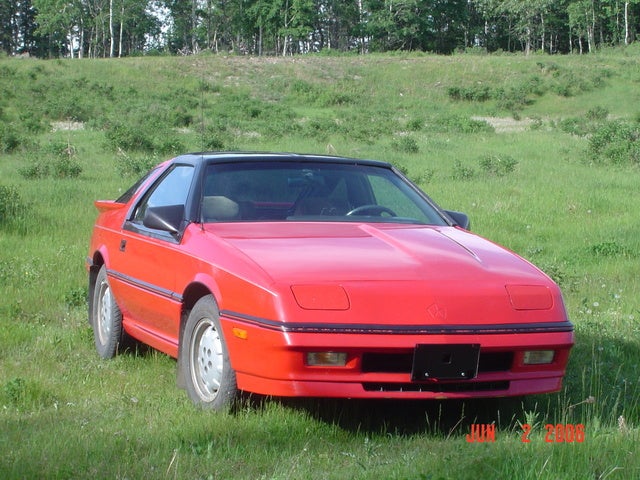 The Dodge Daytona seems to be getting cooler and cooler over the years. Not your ordinary hatch, the Daytona leaves many others in the dust, and 1987 adds even more zip to the package. The base model 3-door hatch features a 2.5-liter, 100-hp I4 engine and 5-speed manual transmission. Turbo options seem to be the way to go, according to drivers, however, and the 1987 Daytona gets two new turbo trims.

The Pacifica, oriented more towards luxury and comfort, is hard to beat with its 4-cylinder, 2.2-liter Turbo I, 146-hp engine. Inside are standard features such as leather seats, power windows and locks, digital displays, and power-adjustable seats.

But the biggest monster in 1987 is the Daytona Shelby Z, featuring the newly designed 2.2-liter intercooled Turbo II engine. It busts the horsepower up to 175, hitting 0-60 in eight seconds, guaranteeing you'll be in command on the highway. Aside from Shelby badging, the Shelby Z becomes a true sport racer by adding improved suspension, larger anti-sway bars, performance tires, and an air dam. It is paired with a new 5-speed transmission. A 3-speed auto tran is optional, but you sacrifice the Turbo II engine. Inside, it offers the same luxuries as the Pacifica.

The 1987 Daytona also got a facelift, restyling its front and rear fascias and adding pop-up headlights. Aside from a few complaints about scarce aftermarket parts, most owners rave about their Daytona, the Shelby Z in particular. Along with its amazing speed, it handles well and confidently, though the stiffer suspension can sometimes emphasize road bumps. Other highlights were the power-adjustable seats, the engine reliability, and the lack of wear and tear over the years.

1987daytona Buy it is all i can say ive had mine for 2 years now and it is a great car. no complaints

Have you driven a 1987 Dodge Daytona?
Rank This Car