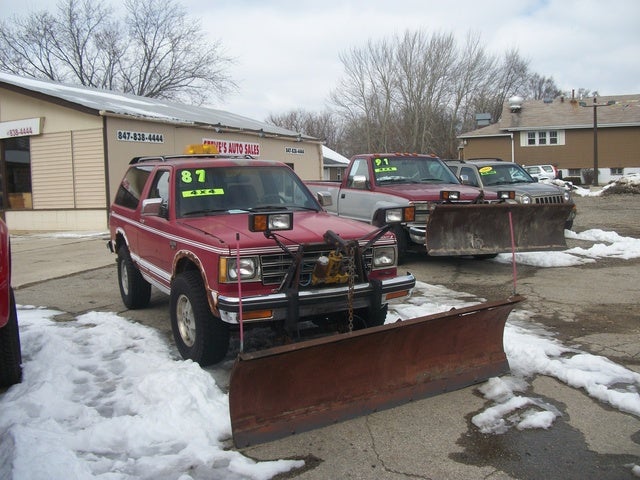 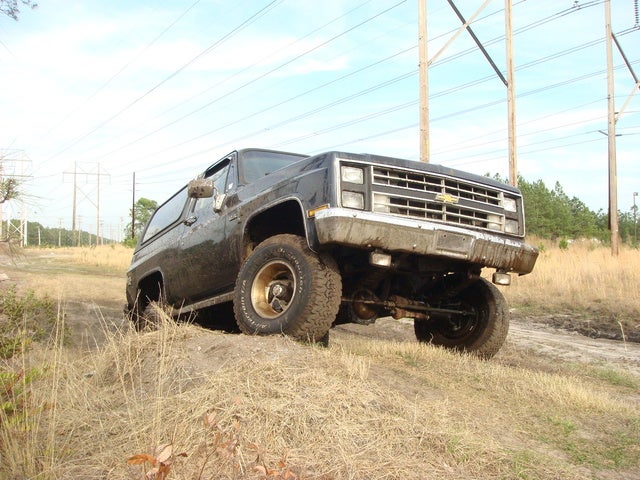 Chevrolet introduced the Chevy Blazer SUV in 1983. Prior to that, the Chevrolet K-5 Blazer existed, but it was a large truck that eventually changed its name to Tahoe. In 1983, Chevrolet modified its S-10 pickup truck and gave it rear passenger seats and an enclosed rear space, modified it toward the sporty market segment, shrank it a little to give it a manageable size - and one of the first SUVs was born.

The Chevy Blazer's base model was just that - base transportation (vinyl seats, stark interior), but its Tahoe and Sports models progressed up the "fancy" ladder, adding cloth seats, nicer interior trim, and so on. In 1987, a single serpentine belt replaced separate belts for the power steering, alternator, and air conditioning (which was still an option, not standard). The 2.5-liter, 92-hp, 4-cylinder engine featured new cylinder heads and intake manifold for smoother operation, though it didn't gain power. A 6-cylinder, 4-liter, 173-hp engine was optional.

Speaking of options, Chevrolet came out with a "High Country" exterior paint option mid-year, with a shiny black top melting into gold color below, with gold body trim. Other options included air conditioning, an AM/FM stereo system, and a tilt steering wheel.

People who have owned '87 Chevy Blazers generally report that the truck is reliable, tough, and fearless, going anywhere the driver points it. Some say it has a rough, uncomfortable ride, has insufficient engine power for hills and towing, and has a serious rust problem.

What's your take on the 1987 Chevrolet Blazer?

Have you driven a 1987 Chevrolet Blazer?
Rank This Car

How Do You Get The Back Window Down

can not get back window down in my 87 k5 blazer all the stuff has been disconected the mortor was told to me to be burned up and the key dont work how do i get thw window down manualy please help conf...

988 views with 4 answers (last answer about a year ago)

Where do u find the fual filter

The Back Window Wont Roll Up?

The window rolls down..but have no power to roll window up?Is there a safty switch?,and were is the motor for the back window?

What other rearend can I change out with my 10 bolt that is in my 1987K5 Blazer . Trying to figure out what will work out of what other vehicle and what years that will work Thanks in advance

Check Gages Light Comes Off & On. Nothing Listed About It In Chilton Manua...