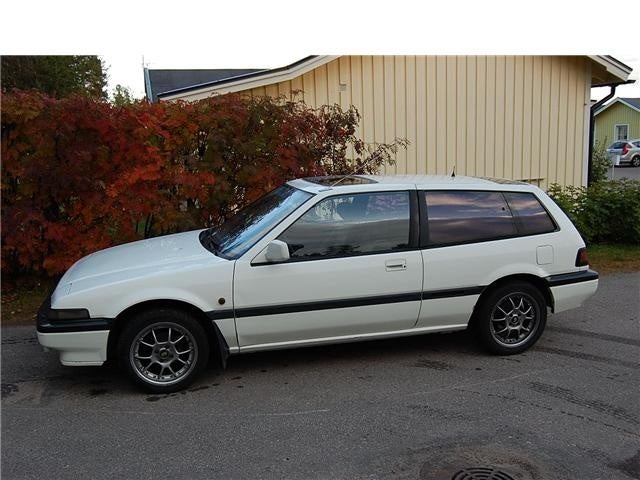 The 1986 Honda Civic got some overhauls this year, perhaps most visible were that all its models received flush-mounted headlights that made it easy for all who knew cars to distinguish the 1986 Civics from the older version.

Other changes were designed to psychologically appeal to the family crowd, no longer able to fit into tiny sports cars. The Civic hatchback was now offered as an Si model, with much of the CRX sports performance, but more room for more people. It even included a glass sunroof that could be removed and a roof spoiler.

There was a recall of some 1986 Honda Civics because the drive shaft on the left side might develop cracks near the outer joint. But it was also around this time that modifying one's Civic became rather commonplace, in part due to interchangeability of parts and in part because it was an easy car to modify to help one stand out a bit. A favorite mod was the City Turbo engine, which fit nicely into several models and offered a areal increase in power-to-weight ration, thus really enhancing performance.

Have you driven a 1986 Honda Civic?
Rank This Car

My 1986 Honda Civic stalls when I try and drive it. It's a 1.5 carbuated. We got another one from the junk yard and still does the same thing.

I have just received a 1986 Honda Civic SI with a little over 300,000 miles on it from the original owner with 0 miles on it and I'm wondering about some upgrades to the 1.5 any information would ...

What Is The Fuel Tank Capacity, In US Gallons?

and if my car passes all emissions on a smog test, why is timing a factor. is this just state regulation red tape stuff?