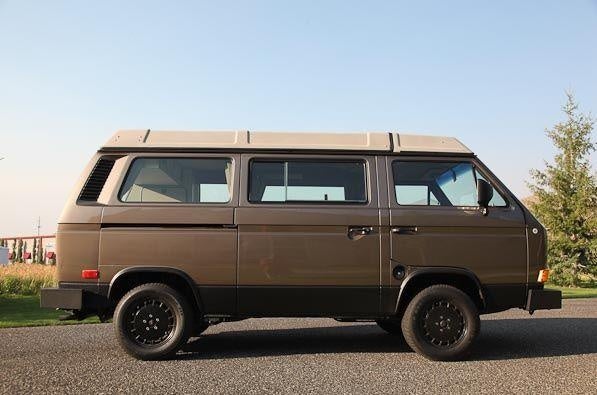 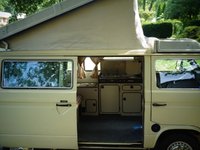 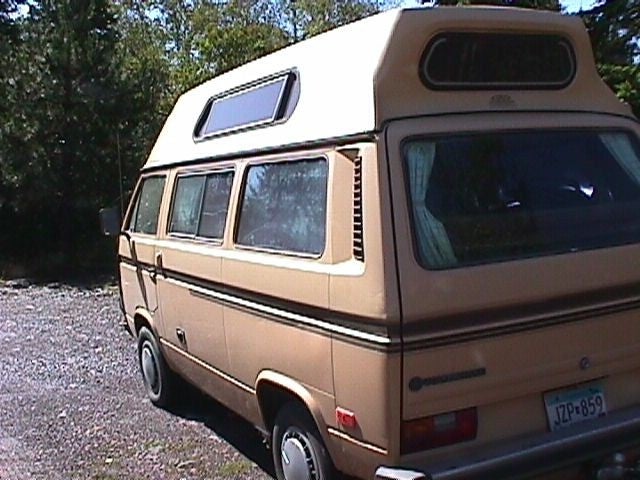 The 1985 Volkswagen Vanagon was powered with a 1.9-liter, water-cooled four-cylinder engine that generated 83 horsepower, thanks to a fuel-injection system called the Digi-Jet. The rear-wheel-drive vehicle was also equipped with rack and pinion steering, power-assisted front disc brakes, and front and rear independent suspension.

A Vanagon VL version added velour upholstery, folding arm rests for each seat, tinted glass, a rear window wiper/washer, and a premium sound system. A Vanagon Camper was also available. It was equipped with a pop-up roof, a stove, kitchen cabinet and sink, a swivel table, and refrigerator. Air conditioning was available as an option.

Generally drivers seemed particularly attached to their Vanagons, even though the vehicles could be problematic at times, requiring expensive repairs, drivers noted.

What's your take on the 1985 Volkswagen Vanagon?

MyMatilda I have a special attachment to my 1985 Vanagon. My late husband bought it for me. We were married in 1985. So, when we started looking for one and found a 1985 automatic, it seemed like the perfect one for me. My husband said it was like a giant purse for me to put whatever I wanted to haul around with me. Because there is a pullout table in it, it has been used for car picnics with my grandchildren and great grandchildren. I love driving it and being up higher than driving in a car. I have been desperate for money many times, but I can't seem to bring myself to sell it. When my other car's motor went out, I was forced to drive my van all the time. I am still driving it. I know that things go wrong with old cars, but so far I've been able to keep it running. I make sure I keep my AAA membership active just in case I have a breakdown though. What I have to do is check my water reservoir regularly because if it gets dry, all the lights on the dash start flashing and I have to have it towed. So, it's very important to check that. I check every day in hot weather and every other day in cool weather. All in all, I love my van and I hope I can keep it running for a long time. It has about 60,000 original miles on it.

Have you driven a 1985 Volkswagen Vanagon?
Rank This Car

1985 vanagon rear hatch locking/opening button does lock and unlock, but it does not open. There is no "indent" position in the unlocked position. This does not have power locks.

Can You Convert A Vw Westfalia To Electric?

Can you convert a VW Westfalia to electric? Any company doing this in San Diego?

58 views with 1 answer (last answer about a year ago)

How Do I Pay For A Van Through Cargurus?

I found a van on craigslist that I want to buy and the owner said that he set up an arrangement with you guys and that I have to pay you for the vehicle. I want to know how I do that. How do I pay...

My Heater Does Not Work Nor Do My Winshield Wipers, What Is It?

838 views with 4 answers (last answer about a year ago)

1985 VW Vanagon needs to idle for 10-15 minutes to heat up the transmission fluid before it goes into gear. Reverse works immediately, any forward gear needs to wait. Any helpful ideas?