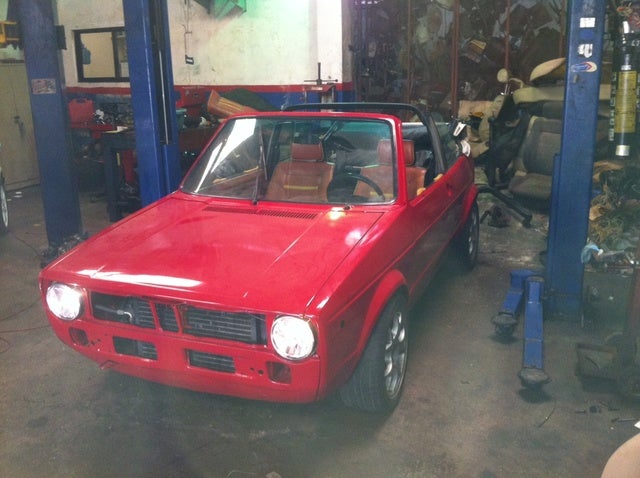 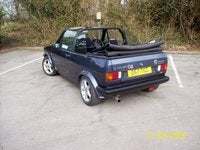 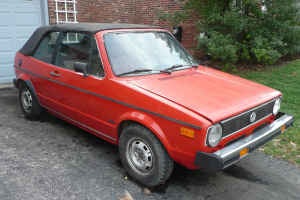 Harder to say and more obscure than a Rabbit, the 1985 Volkswagen Cabriolet is basically a Rabbit convertible with a new name that trills off the tongue with a strangely French lilt. Actually, Cabriolet is a French word for a horse-drawn carriage with a fold-down top, so it's the perfect name for this two-door convertible.

No longer drawn by horses, the 1985 Cabriolet is powered by a 1.8-liter, 4-cylinder, 90-hp engine paired with a standard 5-speed manual transmission or an optional 3-speed automatic. It's not a racer by any means, but a perky around-town convertible to soak up the summer sun. Described as "cute" this 1985 Cabriolet offers front-wheel drive and basic standard features inside, such as a radio and bucket seats. Ostensibly seating four (if you have small legs in the back), it's a good car for cruising teenagers or college kids out for some carefree fun.

Drivers feel the 1985 Cabriolet is fairly spright, with decent acceleration and easy handling. Fuel economy can't be beat for 1985, with this convertible getting around 23/25 mpg. Some negative comments concerned the amount of costly repairs.

What's your take on the 1985 Volkswagen Cabriolet?

Have you driven a 1985 Volkswagen Cabriolet?
Rank This Car

Hi! Car is mint 33K miles and all great /timing/idle/acceleration..etc etc car is used lightly every week. however when I drive it on highway at high speed - it intermittently misfires/looses rpm ...

Ive got a 1985 Volkswagen with the 1.8L. It has all new plugs and wires along with a new distributor, rotor button and cap. It has a hard time starting, you have to pat the gas a keep turning it ove...

My car has low 30k miles. When accelerating or pushed hard on the hwy sometimes chokes a bit looses power and then back to normal . Everything else is perfect.