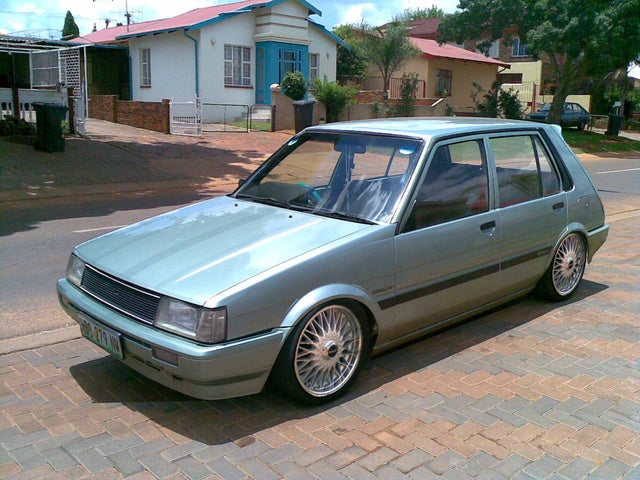 Average user score
4.7 ⁄ 5 stars
Based on 30 reviews
The Ae86 by Kevin — AE86 Corolla GTS, it was my all time favorite car when i was teenager, in fact i still love this car!!! It equipped with a 4AGE 1.6L engine, rear wheel drive, with the TVIS Toyota variable intake sy... Read more
Corolla... What? by Veronica — i forgot to mention i have a mr2 steering rack. the drifing on this car is reliable and great. stays sideways and burns out great. my bf runs through tires from drifting. small corners to big corner... Read more
Its Might Be Slow.. But It Takes Corner Like Its On Rails.. by Gj — jline wheels 16x9.5 0 offset fronts, 16x9.5 -38 offset rears wrapped in 225/45/16 hankook rs2's.. cusco LSD.. jblood carbon hood, TRD wing, CBY kit.. 1971 porsche racing green.. sparco evo bucket se... Read more 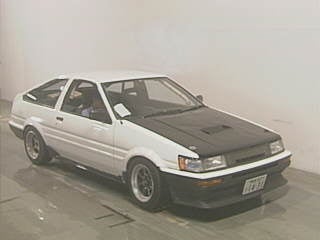 The 1985 Toyota Corolla remained unchanged from the 1984 version, when several changes were introduced, including a new engine and some new trim levels.

The 1985 Toyota Corolla came in many body styles with several trim levels. The two- and four-door sedan came as a standard, DX or LE. The coupe came as an SR5 or GT-S. The wagon came as a standard or DX. The liftback came as a SR5 and a GT-S. The engine was a 1.6-liter DOHC or a 1.8-engine. Fuel econmy is about 30 mpg.

There are many 1985 Corolla enthusiasts who say that the car is better than anything being made currently. Drivers like how well it corners, but complain that acceleration is slow. Most popular are the rear-wheel drive GT-S models, which enthusiasts use in road races.

What's your take on the 1985 Toyota Corolla?

Have you driven a 1985 Toyota Corolla?
Rank This Car

What Is My Toyota Corolla 1985 2d Coupe Worth, Not Running, Faded Paint?

1985 Toyota Corolla Deluxe Sedan, With The At. Croix Package

I don't find any others like mine on internet or anywhere. 1/4 of my top fiberglass and rest metal with 6 side windows with A1/4 vinyl top and luggage rack on the trunk lid, n it's full loaded

I HAVE 1985 TOYOTA COROLLA. I STOPPED TO GET GAS AND CAR WOULD NOT RESTART....

Is The Fuel Tank Toyota Corolla 1985 AE82R Vented Or Not

My model does not have a charcoal canister. South Africa model. There is a large pressure escape when opening the filler cap. The cap is a solid bayonet type.The problem is that on manily very hot da...