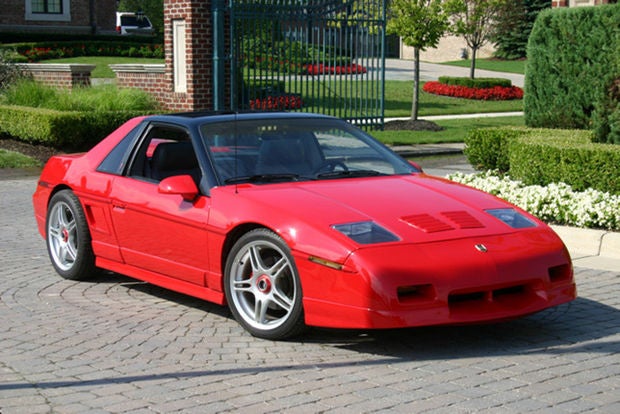 Users ranked 1985 Pontiac Fiero against other cars which they drove/owned. Each ranking was based on 9 categories. Here is the summary of top rankings.

Have you driven a 1985 Pontiac Fiero?
Rank This Car

I have an 88 fiero yellow formula. It has 101k. Bought it new for the wife. Spent its whole life in a garage. E erything original save tires struts/shocks battery. Great little car, part of the family... Read More

Typical 80s interior, not typical of GM reliability of the era (actually, and surprisingly, very reliable), it handles especially well. Like driving on rails is an apt description Read More

I Enjoy It, But The Next Person May Hate It, It's All About What You Want Out Of It By Matthew

Same as above, good for fun, not so much for a family or safety. But it's a great track and or weekend driver. Cost to maintain is low if you have any mechanic ability your self. I would recommend. Th... Read More

My 2nd Fiero...had To Have Another By Melissa

Great little car, handles great, fun to drive and super quick. I had one in the 80's and had to have another one. They are a bit pricey to fix. It is hard to find one in excellent condition that hasn'... Read More

A Very Good Deal By tjs7antiques

like i said, not good for tall people, I'm 6 ft 1 in. and difficult with legroom, i wouldnt go fast in the rain, the engine has alot of tourque and the back wheels loose traction on the wet roads Read More

Dont Buy The Base Model. The V6 Ones Are A Lot More Fun By Jeff

performance: no power at all the 2.5 inline four was pathetic. Build quality: cheap plastic interior so it cracked. Appearance: looked cool and unique Cost of ownership: Needed lots of work at only 7... Read More

Fieros Are Getting Old, And You Need To Know How To Work On Them, Because Things Constantly Wear Out By Charles

Fieros are fun to drive because of the handling. They are great on twisty roads. I get 22 mpg, which isn't great, but not bad either. Many owners swap the engine to something more powerful, but min... Read More 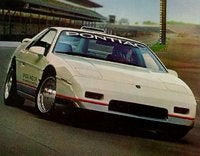 Looking for a Used Fiero in your area?

CarGurus has 24 nationwide Fiero listings and the tools to find you a great deal.