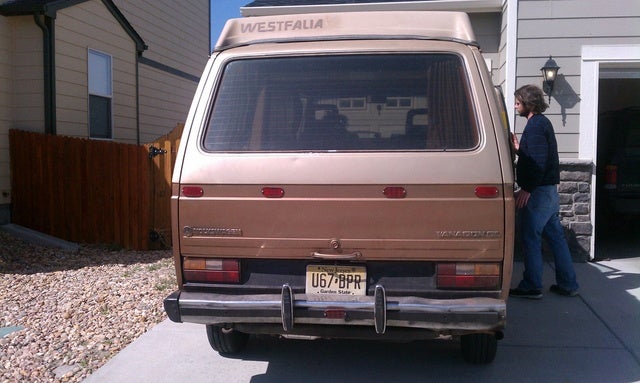 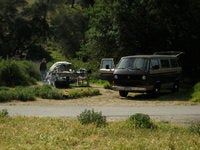 CarGurus has 35 nationwide Vanagon listings and the tools to find you a great deal. 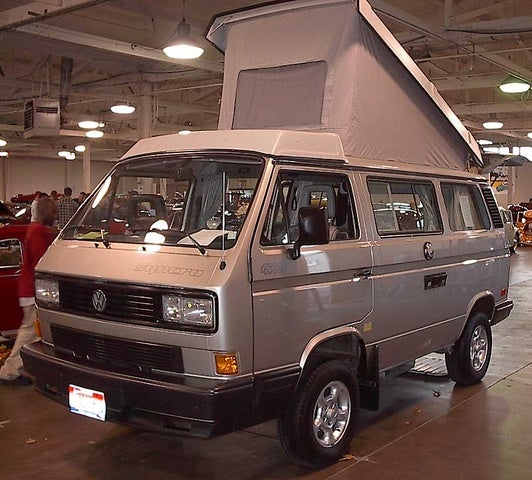 The Volkswagen Vanagon got a slight bump in power for 1984, which was a good thing, since previous models had been considered underpowered. The '84 Vanagon was powered by a 1.9-liter, water-cooled four-cylinder engine that generated 83 horsepower, up from 67 hp for the previous year. The engine featured a fuel-injection system called the Digi-Jet.

The rear-wheel-drive Vanagon was equipped with rack and pinion steering, power-assisted front disc brakes, and front and rear independent suspension, as well as a sliding side door and a liftgate at the rear.

A Vanagon Camper was also available. It was equipped with a pop-up roof, a stove, kitchen cabinet and sink, a swivel table, and refrigerator. Air conditioning was available as an option.

Most drivers seemed to love their Vanagons, though some admitted it was a love/hate relationship. While drivers appreciated the vehicle's functionality, roominess, and handling, they also pointed out that it often needed frequent repairs, which could be expensive, and that parts were sometimes not readily available.

What's your take on the 1984 Volkswagen Vanagon?

Have you driven a 1984 Volkswagen Vanagon?
Rank This Car

CarGurus has 35 nationwide Vanagon listings and the tools to find you a great deal.

After warming up my Vanagon, I will drive for a bit. When I go to take, the oil light will come on. When I stop, put it into gear, and then accelerate, the light will go off.

My Vanagon Is Acting Like The Ckoke Is On The Oil Has A Lot Of Gas In It Af...

my Vanagon is getting bad mpg. a lot of oil in the gas andits running decent i just gave it full tune up set timing. and its still doing it?I was thinking maybe a computer issue or vacum lines i dont ...

How Do You Adjust 1984 1.9L Engine Throttle Position Switch

1984 Volkswagen Vanagon runs great until unpredictably it just loses power for unpredictable amount of time (5 minutes... 1 hour... 1 day? or?) and then kicks back into action and drives fine until? ...

Where Do You Check The Coolant Level On A 1984 Vanogan?