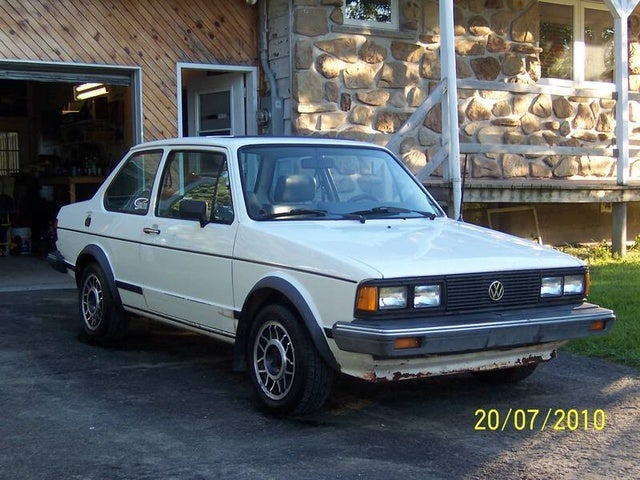 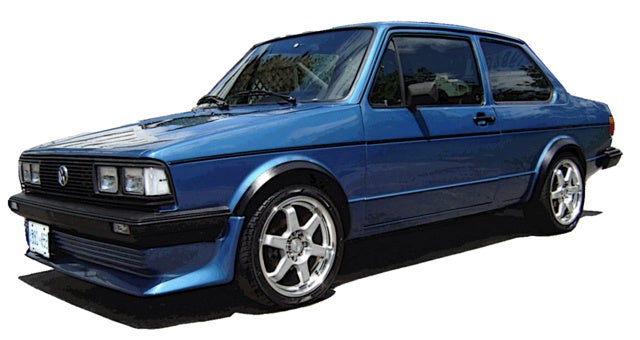 The second generation of Jettas would end up being the most popular in the U.S., both for performance and price. Although it was a new generation, there were few changes to the 1984 Volkswagen Jetta. The 2-door coupe and 4-door sedan remained, carrying the 1.7-liter, 4-cylinder, 74-hp engine. The sedan was offered in either a base or GL trim. A new GLI sedan was the high-performance Jetta, sporting the Rabbit GTI's 1.8-liter engine and boasting 90-hp and 105 lb-ft of torque.

A straight-up economy sedan aimed at first-timers or families on a budget, the 1984 Jetta didn't pretend to be anything but functional in its looks and interior features. It had basically the same exterior as the first generation, with an angled hood and square headlights, but the rear deck was slightly higher and more squared off than in the previous generation.

It's hard to find anything bad to say about the Jetta. Drivers says it's a blast to drive and can be quite speedy once you get past the initial underpowered acceleration. Handling is smooth and balanced and the seats are pretty comfortable. All owners agree the 1984 Jetta's standout trait is a reliable built-to-last engine that never seems to quit. Drivers never stick the key in the ignition wondering if their Jetta will start. Buy a Jetta and you know it will always be there for you.

What's your take on the 1984 Volkswagen Jetta?

TommyDell I owned a 1984 2-door VW Jetta with a sport package, my first VW. I drove it as hard as I could and it held up remarkably. I loved everything about it, although it could have used another 15 horsepower. The interior was stark but VW put a lot into the engine and suspension. I've had 10 VWs since, but the '84 was my sentimental favorite. By the way, the '83-'84 version was the first generation Jetta.

Have you driven a 1984 Volkswagen Jetta?
Rank This Car

I Just Purchaed What I Thought Was A 1984 Jetta, But It Has Double Headligh...