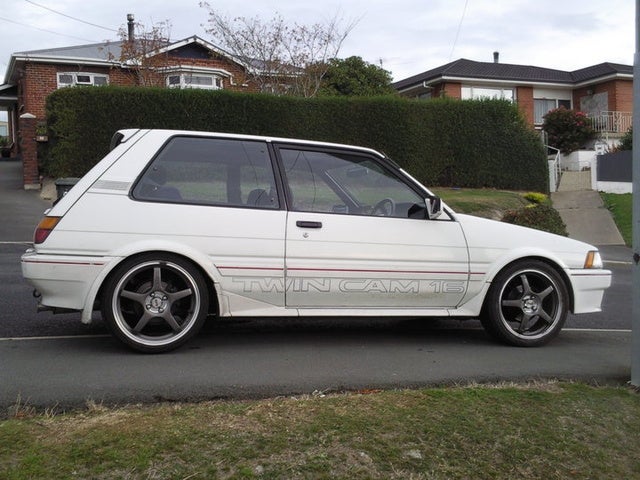 Have you driven a 1984 Toyota Corolla?
Rank This Car

I love my car. It has a sleek design and is great on gas. Beautiful console definitely worth the buy Read More

Corolla are the best car you can buy for the money-bottom line! We have 3... Read More

nice car and good prices !! to many milles the prices is good Read More

Strong in safety features. My last one saved my life in head on collision! Excelent value and reliability@ Read More

Great price great car. It was just what we were looking for. Read More

Love this color, love all of the features. Corolla is a very safe car that did its job when I had my accident. It is a great car for a single person or an older couple without small children. Read More

so far, so good, have only driven it a few days, I feel it was overpriced though as many 2019 leases are currently available for almost the same price Read More

Corolla is a reliable choice for years and miles of transportation. The car will hold its value better than most cars in the category. Read More

Have you driven a 1984 Toyota Corolla?
Rank Your Car →