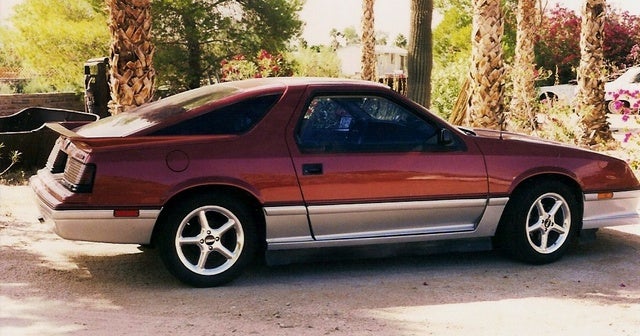 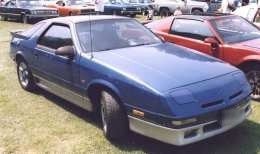 With the death of the Challenger in 1983, Dodge responded with its 3-door sports hatchback, the Dodge Daytona. Billed as an economy car, it was one of the fastest, best-performing ones out there. The 1984 Daytona came in standard, Turbo, and Turbo Z trims, with the Turbo designed to appeal to younger buyers looking for an inexpensive first-time car that also packed in a lot of fun.

The base hatchback featured a 2.2-liter, 4-cylinder, 93-horsepower engine. The turbo 2.2 engine upped the horsepower to 142 hp. A 5-speed manual transmission came standard, with a 3-speed automatic transmission option.

On Car and Driver's top ten list for 1984, the Daytona did not offer much in the way of frills. The bucket seats advertised room for four, but the small back seat really meant the Daytona was more suited for two. Leather seats and power windows and locks were optional. What it lacked in the cabin, it made up for under its hood, with a peppy engine. Owners loved its looks and the smooth handling of this sports hatchback. Many say it's held up well over the years, while others are disappointed in its reliability.

Have you driven a 1984 Dodge Daytona?
Rank This Car

Have You Ever Rebuilt The Engine Or Put Any Aftermarket Parts On One Of The...

i have a 1984 dodge daytona turbo Z, and i am trying to find out if anyone has ever done an engine rebuild on one. Im just wondering how difficult it would be or how much it would cost to rebuild the ...

How do you get into the back seat of a 1984 Dodge Daytona? So you simply push front bucket seat forward and climb in. Is there anyway in through the hatchback?