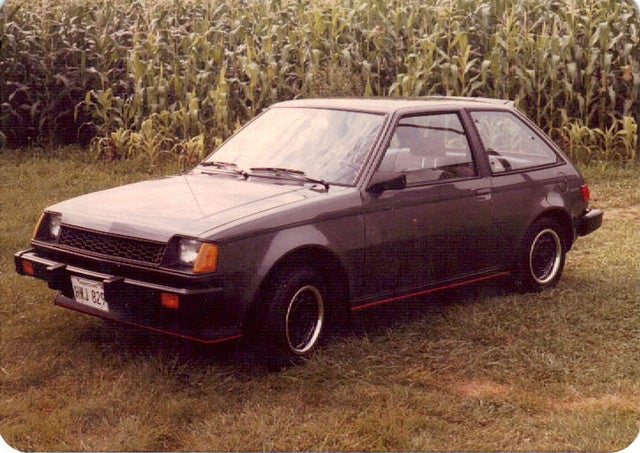 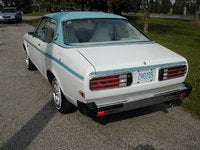 The 1984 Dodge Colt was primarily a hatchback, available in either four or two-door models, and as either E or DL trims. A 4-door Vista Wagon was also sold, for those wanting to use the Colt as a more practical family car with extra storage capacity and passenger room. The 1984 Dodge Colt differed only in name from the Plymouth Colt.

Engine options, all 4-cylinder, were either a 1.4-liter, a 1.6-liter, or a 2.0-liter, 88-hp . Four-speed manual transmission came standard with both engines. New in 1984 was the GTS Turbo, housing a turbo engine with twin shifting (eight forward and two reverse gears). This new option provided much needed zip and energy to the Colt and was preferred by anyone looking for a little more muscle to their hatchback.

Bare bones and sometimes downright ugly inside, most features were optional, including air conditioning, power mirrors, and power windows and locks. The 1984 Colt had great fuel economy, (28.37) however, and as such proved to be an extremely affordable car. Most positive comments focus on the powerful GTS turbo and how fun it was to drive, leaving other cars easily behind off the line. Little rust and corrosion over the years is another bonus, as is the easily-modifiable nature of the 1984 Dodge Colt.

Richard My father and I each had one... both were the GTS Turbo versions... very fast and fun...

SolarWind In 1984 my wife and I bought a brand new Brown (w/Tan interior) 4-door hatchback '84 Plymouth Colt E It had an automatic transaxle, air-con, AM-FM stereo, and floor mats. The car was nimble but a little under-powered in some driving situations. We finally traded it in after just two years with only about 24,000 miles on it. Why so soon? The front disk-brake pads were shot at just 18,000, miles; the rear drum brake master cylinders had developed small leaks and had to be replaced, and one dash "idiot light" sensors under the hood failed at about the same time, also needing replacement. The factory tires might have lasted a mere 35,000 miles if we hadn't traded in the car. Oh, yes, the black-painted rear bumper finish was faded and pealing and needed sanding and repainting after two years (which I fixed using rattle-cans of auto primer and black paint while getting the car ready for trade-in). There were a few other problems along the way, too, all *after* the basic parts warranty had expired. But the car was cheap and served its purpose when we needed a cheap car at that time. From the Colt we moved up to a Mazda--a much better car, overall, with no problems in its first two years. (After the Colt, I used Consumer Reports car ratings when buying cars and have never regretted doing so the 32 years since. Currently driving a 2015 Toyota.)

Have you driven a 1984 Dodge Colt?
Rank This Car

What Year Model Transmissions Will Work For This 1984?