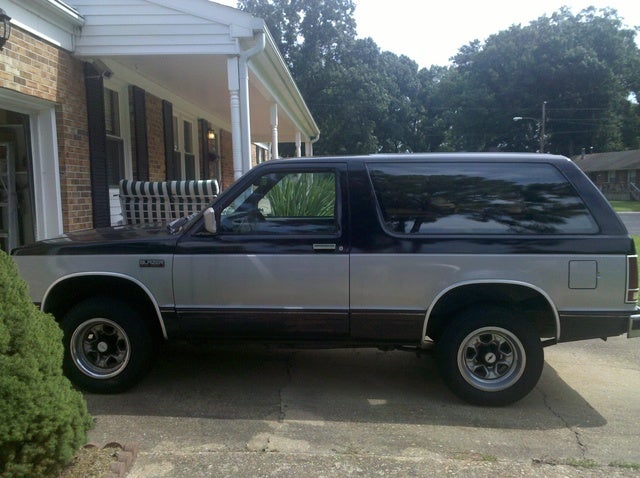 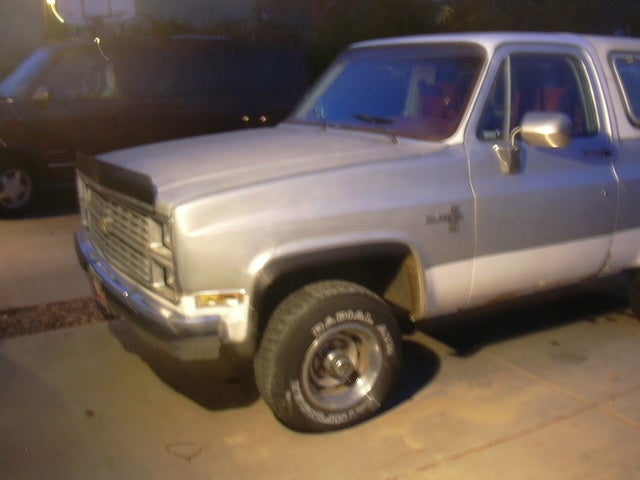 The Chevrolet S10 Blazer was born in 1983, son of the S10 pickup truck and twin of the GMC Jimmy (which had only cosmetic differences with the Blazer). The Chevy Blazer was one of the first SUVs.

Powered by a 2-liter, 4-cylinder engine, the early Chevy Blazers did not exactly shock and awe people with their 83-horsepower strength. However, Chevrolet did offer a 2.8-liter, 6-cylinder engine as an option.

In 1984, Chevrolet introduced an off-road package for drivers who wanted to take their Chevy Blazers four-wheelin'. The package included larger tires, front tow hooks, Bilstein shocks, and other modifications to accomodate off-road enthusiasts. Chevrolet made the hydraulic clutch standard for its 1984 Chevy Blazer. Cruise control was optional, and in 1984 the feature was redesigned to allow the driver to increase or decrease the set speed by one mile per hour at a time.

1984 Chevy Blazer drivers tended to love their trucks, reporting that they were reliable and could be driven anywhere. They kept their trucks for many years and miles, often recreating them as monster trucks.

What's your take on the 1984 Chevrolet Blazer?

Have you driven a 1984 Chevrolet Blazer?
Rank This Car

Here is all the details for this vehicle: Specs "Under the Hood" -Approximately 150,000 miles -350 Motor with a 383 Top End Kit -Edelbrock 650CFM Carborator -Edelbrock Intake -Edelbrock Air C...

I recently bought an 84 S10 type Chevy Blazer as a project for a more economical commuter. I didn’t pay much for it. The heater fan isn’t working on the dash controls. I hotwired the fan from the...

Can anyone tell me the weight of 1984 k5 fiberglass topper? I need to know for purchase of a hoist for storage. I have looked/googled everywhere with no accuracy....range from 175 to 250+.

Just bought an 84 K10 Blazer. Has a 305 small block. Headers, Straight pipes, Edlebrock carb. Just curious to know how tell the difference between the K10 and K5. When I run the VIN it comes back as a...