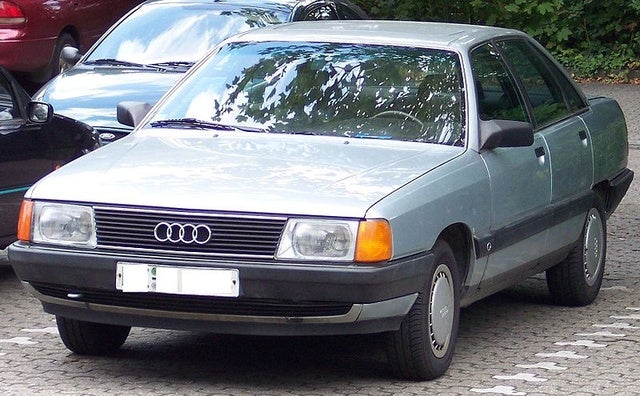 Excellent Quality Car With Lots Of Miles On It. By Andie

Performance? The fact that this car is still runinng with 273000 miles on it speaks for itself. And the build quality. Appereance? Any fault in it is my own: live on a dirt road, broke the tailgat... Read More

Its Nice!! By Marko

he have nice acceleration nad braking too and nice handling.He have nice build quality.He dont needrepairs.And when you drive this car you just can have a fun.From out side he is nice.He is a metalic ... Read More

I've owned it 18 yrs and I think that says enough. But I have like this car from the first time I saw it. I had an 85 5000S at the time but couldn't resist the appeal of the 100 series. Read More

It needs a paint job and a motor rebuild. best performing car I've owned to date. One of the oddest things about it though would be that its a total dog off the line, but from 80km/h it pulls hard, I'... Read More

Top Car Mate, Very Expensive To Maintain But Its Worth It! :) By Manoli

this car is one of the Top of the range Audi 100's back in the dayz, big, luxurious... originaly has a 10 cd stacker, airbags, power steering, all electrical! and u can even close the windows & the su... Read More

It's A Great Car, I'm Very Happy With It. It's Got It's Faults, But So Does All Cars. Overall: Great By Truls2

Ok.. This is a 2.8 liter 12 valve v6 engine with 174 bhp, the car has the famous quattro 4WD system,and because of that, it handles great. The system is also extremely good on snow and ice, in these a... Read More

Its got a V6 from another car that runs! Woo Hoo Same build Quality as usual Audis, The electrics are a a nightmare. Like to be driven hard. Sure can be fun on the right road. Beware the black rings!... Read More

I like the fact that you can abuse it and it will not break, ever!!! I've done nothing to it except top up screenwash since August 2008, haven't even washed it!!! It's no tthe fastest car in the world... Read More

Gussied Up Vw Fox By Daniel

Avoid old Audis like the plague--they will bleed you dry. This 100 sedan featured a 2.3 liter 5-cylinder engine-- all the pickup of a Chevette with the fuel economy of a Suburban. Repairs were ungodly... Read More

Safe And Fun To Drive By audilover

I purchase this car 6 months ago for my stepson. Unfortuately, I was in a car accident when someone turned into me at about 35-45 mph to get on the freeway and hit the front end of the car. The fron... Read More