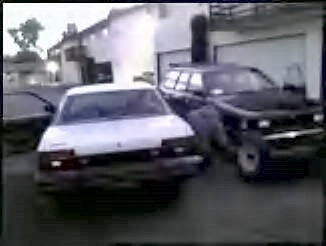 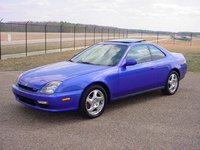 For 1983, the Honda Prelude underwent a complete transformation, blossoming from and awkward and cobbled car together to a sleek, tightly engineered sports coupe that showcased Honda's latest technology. The body was completely restyled to be modern and aerodynamic, and no longer looked like an Accord with the rear end hacked off. The interior was redone as well, with a well-designed, conventional instrument panel. The engine had more power, and the new Prelude featured a new suspension system, called double wishbone suspension, which is still featured in Hondas today.

The 1983 Honda Prelude had a 100-horsepower, 1.8-liter four cylinder engine, which was quite a powerhorse in its day. The 1983 Honda Prelude came in one trim level and had the option of a five-speed manual transmission or a three-speed automatic. Though it was billed as a four-seater, the back seat was suited for children only.

Drivers and critics alike showered the new Honda Prelude with praise. It earned high marks for its power, looks, and streamlined interior, but its revolutionary suspension got the most raves. Some drivers had a problem with the tiny back seat, and owners who drive them today complain about the lack of power.

Scudder I bought one used with 2000 miles in 1984 and it was an amazing car. I drove it hard for 10 plus years and it performed admirably. It was way ahead of its time back then with a moon roof and intelligent appointments that made me feel like someone had thought about everything I did in the car. It handled well and took a beating, got great gas mileage, was quick and fast for its time and in the first few years made me feel like I was drive a car from the future as I zipped between old Buick park avenues, ford thunderbirds, Chevy caprices and other large road beasts that couldn’t compete. The car that I thought was better at the time was the Toyota Supra but it was financially out of my reach and I think I made a good choice with the prelude.

Have you driven a 1983 Honda Prelude?
Rank This Car

So I was wondering if anyone what I could so to my 83 prelude because my radio cigarette light and clock won't work but everything else is fine what should I do?

I'm swapping a b18c type r in my 83 lude and I'm wondering in I'd have to get a different axel so my engine fits properly, and what els I would need