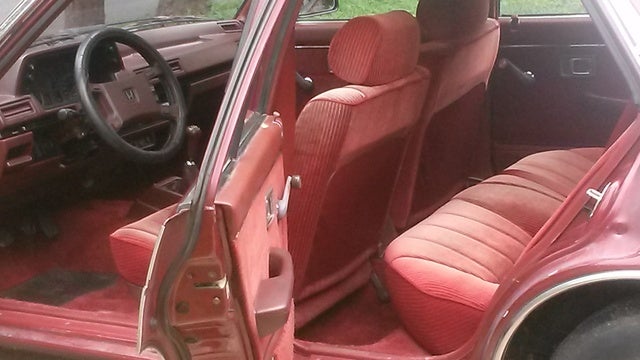 CarGurus has 26,978 nationwide Accord listings starting at $999. 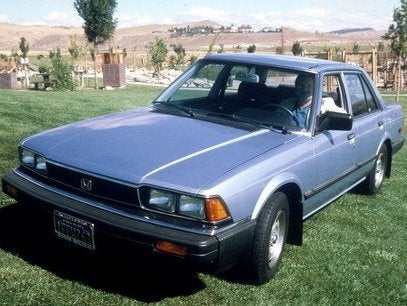 It seems that Honda likes to stick to what it knows and doesn't change much just for the sake of change. The 1983 Honda Accord is just the same as the '82 Accord with one notable exception that people enjoyed.

In '83, the Accord now had a four-speed automatic transmission, instead of the former three-speed. Of course, it still came in manual transmissions as well.

Those still driving it (and yes, there are plenty of '83 Accords running around 23 years later) say "age is just a number," and "it's the best thing I've owned by far. No problems, no hassles, no worries." The biggest complaint seems to be with the analogue clock, which is said to tick quite loudly.

Users ranked 1983 Honda Accord against other cars which they drove/owned. Each ranking was based on 9 categories. Here is the summary of top rankings.

Have you driven a 1983 Honda Accord?
Rank This Car

Cars compared to 1983 Honda Accord

CarGurus has 26,978 nationwide Accord listings starting at $999.

what would the price be for a used on with 138,000 miles on it running but smoking a little.

i rebuilt the carb and when i put it back on the car it ran, but the car runs at 4500 rpm at idle with no tention on the throttle and the throttle screw is all the way out i set the needle valves as s...

What Is The Model Code For 1983 Honda Accord

Have A 1983 Honda Accord Sedan With No Factory Radio, Antenna Or Speakers. ...

no power options, just base trim.