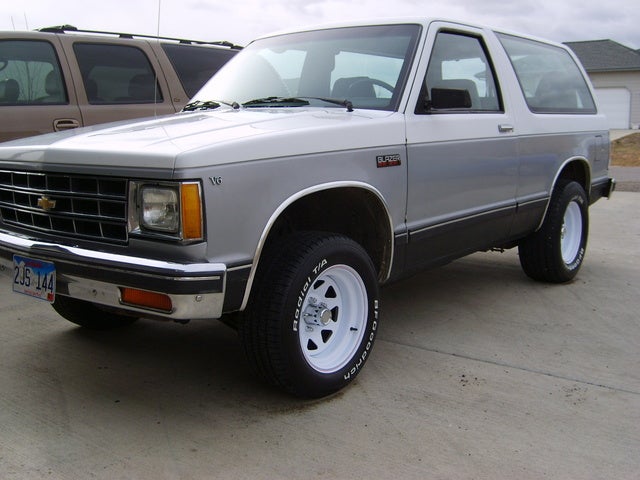 Chevrolet was one of the pioneers of the for-fun-and-work truck, a pre-cursor to the SUV. In 1983, Chevy introduced its S10 Blazer, based on the 1982 S10 pickup. (The S10 Blazer was the same as the GMC S15 Jimmy except for some cosmetic details.)

The S10 Blazer, available in 2WD or 4WD, was basically an S10 pickup with two doors and an enclosed, passenger-friendly back. It featured a tailgate that you could open for easy loading, or you could leave the tailgate closed and open the rear window, lifting it straight up.

Drivers of the 4WD Blazer used the "InstaTrac" feature for "on-the-fly" four-wheel drive, so they didn't have to stop the vehicle unless they needed 4WD "low" (for especially steep or tough terrain).

What's your take on the 1983 Chevrolet Blazer?

Have you driven a 1983 Chevrolet Blazer?
Rank This Car

Any advice? Right now the main thing is that the diesel engine is not running, ie, not functional. Any boards, sites, recommendations for a hobbyist who would love to have this kind of vehicle to lo...

What Cam To Use

I have a 83 k5 blazer,was a diesel but blew motor and put a 350 in it.bone stock...trying to get a little more power out of it.but not to much because it's an everyday driver..I'm trying to find ...

what is the curb weight of the full-size 1983 Blazer?