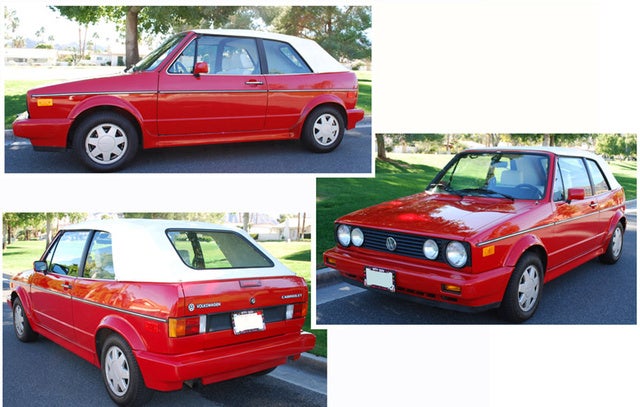 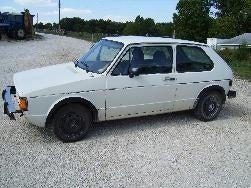 The 1982 Volkswagen Rabbit was essentially a retread of the '81 version. The standard powerplant was a four-cylinder, 1.7-liter single-overhead-cam gas engine that generated 74 horsepower. Also available was an optional 1.6-liter diesel engine, which generated 52 horsepower.

Drivers could choose from a two-door or four-door hatchback, as well as a Rabbit pickup and a Rabbit convertible. MacPherson struts, large disc brakes, rack and pinion steering, four-wheel independent suspension, and energy-absorbing bumpers were all standard equipment. Other standard features and options included an AM/FM radio, color-coordinated interiors, reclining front seats, a rear window defogger, a wood-grained dash, and air conditioning.

Drivers generally were favorable in their comments about the Rabbit, with the vehicle's reliability, quickness, gas mileage, and durability often cited as positive points. Drivers also noted the Rabbit was fun to drive, which certainly was a large part of its appeal.

What's your take on the 1982 Volkswagen Rabbit?

Rae I bought 82 rabbit in 85 had car for 15 years most dependable car I ever owned. It had a carburetor, it didn'tin have a electronic fuel pump and clutch wasn't by the book, so getting parts was a challenge. Only big problem was the exhaust system had to specially customized.

Have you driven a 1982 Volkswagen Rabbit?
Rank This Car

Can you switch front wheel into rewheeled?

39 views with no answers yet

We have an 82 VW Rabbit truck the starts and runs great until it gets warm then it doesn't want to run or start back up. Anyine have any idea what the problem maybe?

106 views with no answers yet

Hi, I want to install a sunroof in my 1982 Volkswagen Rabbit L 1.7L. I was wondering where could I find parts to do that, services, etc. I'd prefer it to be crank. Would one from a beetle, etc. Woul...

Have an 82 VW Rabbit 1.6 diesel 4 speed. Was wondering if there was a different motor possibly with a turbo that would bolt up fairly easy.

The Alternator Pulley On Our 1982 Desil Rabit Truck Is Crooked Compared To ...

It seems the alternator pulley being at slight off set angle compared to the strait alignment of the other pulleys would wear out the alternator bearing or belt faster then normal . My son says its ...