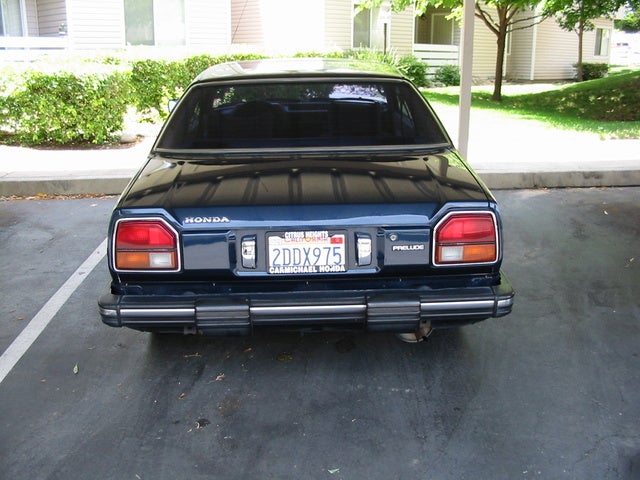 CarGurus has 15 nationwide Prelude listings and the tools to find you a great deal.

The Prelude, Honda's quirky coupe, stayed the same for 1982, the last year of the first generation.

The 1982 Honda Prelude came with a 1.7-liter, 72 horsepower four cylinder engine, which was Honda's most powerful. Though it had a backseat, it was for all purposes a two-seater. The Prelude came standard with a five-speed manual transmission and was available with a three-speed automatic... (more about the 1981 Prelude)

The 1982 Honda Prelude had some very loyal fans who are still driving their Preludes today. However, the Prelude was still a little too rough around the edges, and most car shoppers passed it by.

mitchcurry My first car! Loved it. I wish I could find one in good condition.

GuruYNHY9 Still own mine, next to impossible to find parts.

Mark My first proper car, if you ignore the £400 VW beetle starter car. Absolutely brilliant. I came home from work one day and it was missing. My then wife said she'd had a near accident in it, decided she didn't like it and took it to the scrap yard. Didn't even get £100. I still miss it now.

Have you driven a 1982 Honda Prelude?
Rank This Car

CarGurus has 15 nationwide Prelude listings and the tools to find you a great deal.

What's The Best Place To List A One-owner, Garage Kept '82 Prelude With Onl...

How Much Is A Used 1982 Honda 5speed Prelude ,needvalue