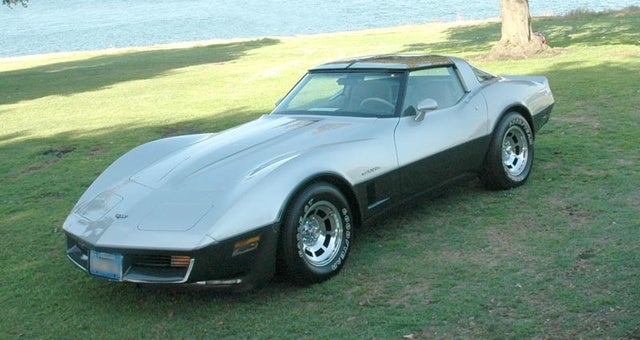 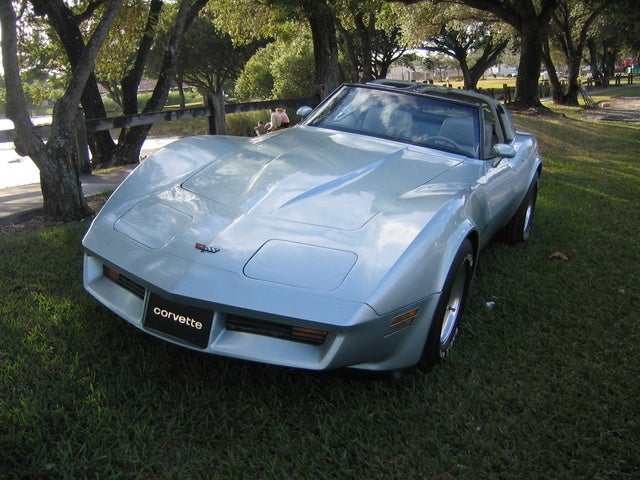 1982 was the year that Chevrolet hit a new level of laziness with its Corvette. Only one engine type was offered, a 350-ci, 200 horsepower V8 (okay, this happened in 1981 as well...). It was also the last year of the C3 line of Corvettes, which may explain the limited options. Despite the limited engine options, the car was a true beauty, and the last of the Corvettes with the voluptuous lines seen in the C3s.

A Collector Edition was available.

What's your take on the 1982 Chevrolet Corvette?

lakeside49 The author does not know what he is talking about. Literally. The 200 HP V8 was not an option on the 1981 Corvette. And, the car was definitely not designed on the `lazy' side. They pulled ahead most of the entire powertrain technology into `82. If you look through a Corvette parts catalog, there are dozens of parts that are entirely unique to the `82 as it upgraded from the inside out in order to give a dry-run for the same advanced technology destined for the 1983 Corvette -- which, obviously pushed to the 1984 model because they fell behind a few weeks while working out the NVH (noise, vibration & harshness) body flexing issues with the new targa top. The 1982 was the best of the C3 models from a technology and reliability standpoint. The new emissions technology drove the C3 buffs crazy because they had no clue how all of the sensors/computer worked and when they tried to remove something, it screwed up the entire system. I can't blame them for trying as they had for decades, but regardless, they didn't have a clue and blamed their ignorance on the car, not their "laziness" to really study up on the new technology. If you left it alone with basic maintenance it is a very strong, reliable performer. Mine is now 34 years old and it still starts, revs and runs like it was new. They also launched an entirely new, ground up plant facility - with modern manufacturing and state of the art paint technology. They put an awful lot of good work into the 1982 so, with all due respect, and there is not much due, he/she should do their homework before being unleashed to write an article on the internet, giving the internet a bad reputation. Dave

GuruS5MD2 I'm not rocking your so called ''guru's" they are completely off base and un-knowing, mis- understanding the 82 Corvette. I'm not so sure that this isn't a typical internet TROLL article in that the author is hiding under a rock somewhere. Be sure you get the facts straight and maybe ACTUALLY do so research before you write a 'puff-piece'. I have a 69 and an 82...I much prefer to drive the 82. Smooooth, all leather interior, all tinted glass...just a great car. Your unattributed troll-ey 'author' did not mention the great fuel injection still running PERFECTLY 37 years later, at 26 mpg on 89 octane. Not the fiberglass spring, nor the hatch, nor the fact that EVER ONE of the CE's sold for list, nor the FULL leather interior (a first) nor the super plush carpeting in the CE. BTW the 1981 was 190 HP and carburetted. piss poor article from some self styled 'guru' Unkahal

Have you driven a 1982 Chevrolet Corvette?
Rank This Car

1982 Corvette Mint Condition How Much Is It Worth

Did They Make A Convertible?

The 1982 covette was the last of the c3. In that year was there a convertible option? I have been searching for one and have had no luck!

I Want To Sell My 1982 Crossfire Corvette

One owner and original mileage 59,200

How Much Is My 1982 Corvette Stingray Without Original Engine Worth