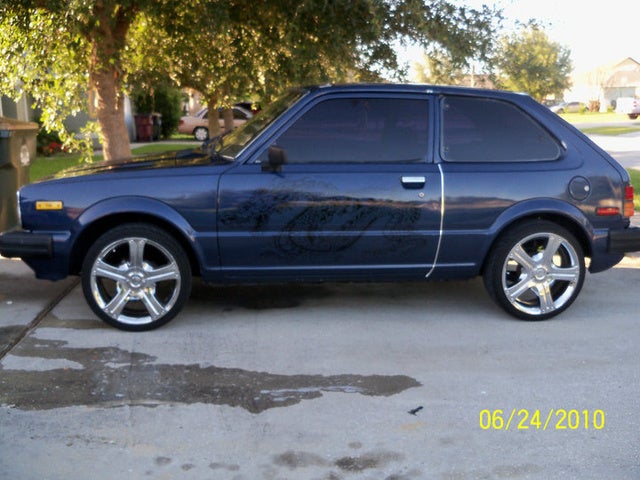 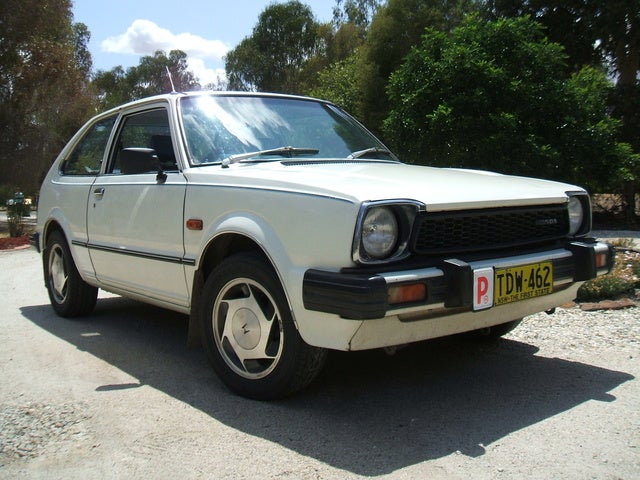 This is the first full model design change in seven years. The CVCC engine is now the CVCC-II, designed to improve combustion efficiency. The year 1981 also rolled out the Honda Civic Country Station Wagon, as well as a 4-door sedan trim, with front wheel, overhead drive and notchback styling.

The '81 Civic received the U.S. Import Car of the Year 1980 award from Motor Trend Magazine and took first place in the crossing mileage test in the import car section of the United States Auto Club.

Even after 25 years, the 1981 Honda Civic can pass emissions tests according to most of its drivers. In fact, of those who sold it, they say it was the biggest mistake they ever made since the car was still perfectly drivable, still perfectly reliable, and still, even though running rich, had decent gas milage.

Andrew The white one pictured above was my car. Gave it to my son for his first car, hence the P plates. Wheels were off my wife's 89 Prelude.

Have you driven a 1981 Honda Civic?
Rank This Car

1981 Honda Civic 4-1335 needs a mechanical fuel pump. Has a Kyosan Denki, unknown part#. Where can I go to find one? Would another make manufacturer make compatible parts, i.e. Beck/Arnley? The s...

We Need A Carbi Can Anyone Sell Me One ASAP Contact Me On Michaelt_452@hotm...

What Is The Mpg Of This Car

I have a 1981 Honda civic with a 1500 EM1 eng that I am rebuilding. I have all the part wit exception of the timing belt cover can anyone help me acquire this part. I have tried several Honda dealers ...

My 81 civic's transmission is shot. I have taken it to the honda dealer where I live and have yet to find a good transmission. 2 have already failed. Where can I get a transmission for an 81 civic?