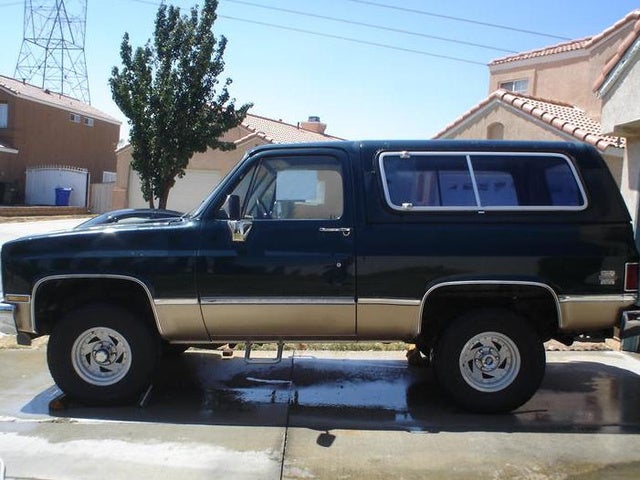 The 1981 Blazer featured an extermanl redesign. While it still had the same gas-guzzling engines that it had had since its inception, the front end of the SUV was restlyed to make the car more aerodyanimc.

Smooth hood, fenders, and bumpers gave the 1981 Blazer a very aerodynmic look for an SUV. However, it certainly did not look soft, especially when paired with the growl-like grilled, which featured 16 rectanglaur opening between square headlights.

What's your take on the 1981 Chevrolet Blazer?

Have you driven a 1981 Chevrolet Blazer?
Rank This Car

Engine 350 Chevy 1980, engine has vibration at all rpm. What are signs of crankshaft wear.

LMC And JC Whitney Did Not Have Step Bars. Any Suggestions? Hoops Are Too...