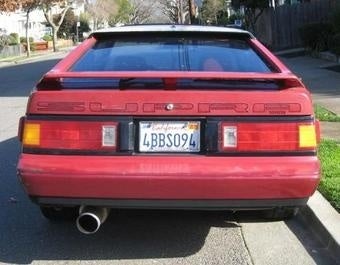 Any changes the 1980 Toyota Supra experienced from the previous year were mostly cosmetic. The interior console was redesigned and now included a digital clock. For the exterior, the side-view mirrors were redesigned, and aluminum rims now came standard. The 1980 Supra also came available with an eight-track cassette player.

The The 1980 Toyota Supra came in only one style. The engine was a 2.6-liter, 110-horsepower inline-6. It was available as a five-speed manual or four-speed automatic transmission.

Drivers, particularly those who liked the Celica, were glad to see a Toyota that promised reliability and sportiness in one package. Many find the back seat to be much too small.

Alan Owned one.. Five speed car was actually pretty quick and handled tight if you knew its limits..fine little car.

rockingrod I bought a Mint Original 1980 Celica XX, 2 owners, 117000ks here in New Zealand a week ago, and while I knew it was unusual, I am only just finding out how rare it actually is? As it was imported here into New Zealand in 1986, I cannot vouch for it's early life, although if it's current condition is anything to go by, it must have had a very cosseted life. The two owners here prior to myself were both in the 40 plus age group, as am I, and looked after it very well. The example I have bought drives and performs very well, and is a pleasure to drive. Interestingly it is fitted with an Analogue clock, not a digital one which were apparently fitted to 1980 examples? Early jap cars such as this are starting to become collectable, so I to will cherish it like it's former owners.

Have you driven a 1980 Toyota Supra?
Rank This Car

I have a 1980 celica supra. The rear washer bottle motor needs to be replaced. I see access to the tank filler neck underneath. And I know about the panel to fill the bottle and the two mounting b...