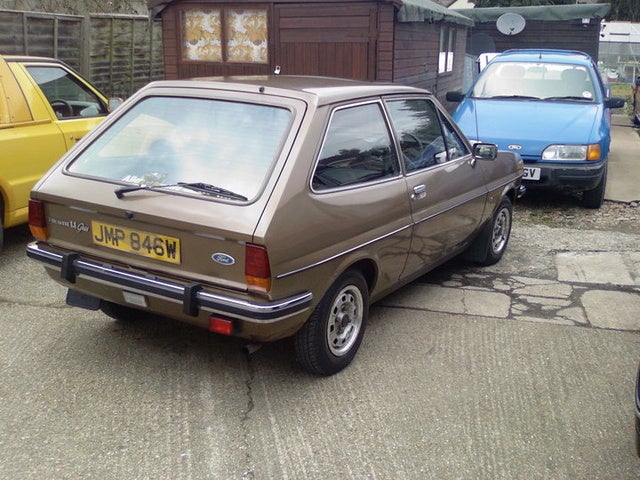 Have you driven a 1980 Ford Fiesta?
Rank This Car

Yes, the Fiesta ST-Line is a good value. 2019 is the last model year, so we wonder about parts availability down the road. But its very economical to drive, getting almost 42 miles to the gallon (even... Read More

I like the fiesta, I had one in the past it is a reliable car. It looks good, it gets great gas mileage, and it is a FORD! I would compare this car to the Chevy Cruze, or the Honda civic. Read More

Ugly. To many cars like this. FIESTA. come on Ford. You can get better. Read More

Ive had several Fiestas over the years and have been very happy with them and this ST is no different. Its a nice, sporty car with a lot of room (slightly bigger than the earlier manual transmission F... Read More

Car is really fun. The recaro seats are TIGHT. They really hold you in. The 4 cylinder engine vibrate the car enough to notice at idle. The turbo whistle is barely noticeable at higher rpm’s. The fuel... Read More

This car is so much fun terrific to drive good power to weight ratio not super fast but still puts you in your seat cornering is a blast technology inside with apple CarPlay and the screen is terrific... Read More

Fun car... Six speed shifts crisp and tight. Clutch pedal is easy to use. Plenty of room in small car once back seat is put down. Read More

The car is fun to drive. It definitely has that going for it. However it is a cheaply made car. Im concerned about future reliability. Also, of you drive it hard, and stay in the turbo, your fuel ... Read More

I think it would be a great car. It’s just the wrong color, for me. I had a 2014 green Ford Fiesta. Wish I hadn’t got rid of it. Read More