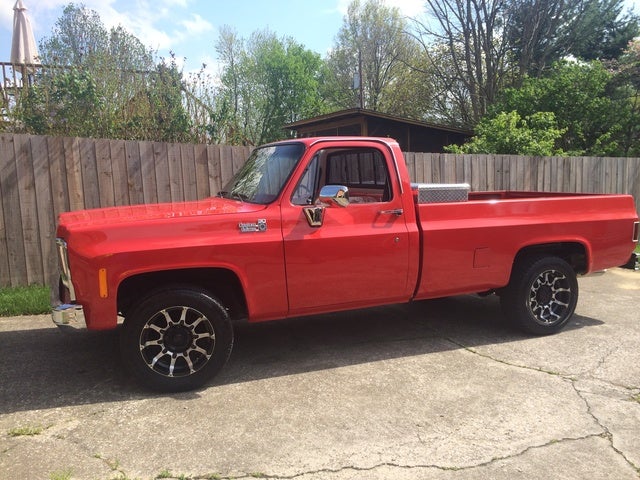 0-60 in almost never, top speed of 65, and slows down like Titanic headed for an iceberg. BUT, it was probably the coolest vehicle I've ever had. The 6.2 diesel made cool sounds with straight piping... Read More

I bought this truck back in may of 2009, Great truck. Powerwise, is great but the air pump makes the gas milage terrible, take the belts off, and the truck runs mint. Recommend this to anyone who love... Read More

Awesome And Fun To Build By Daniel

i like everything exept 12mpg with the 454 and tranny shifts slow but thats what u get when u have a bulletproof tranny like the 1 ton axles and the way it handles for a lfted truck and the motor has ... Read More

i love the B&W 5th wheel hitch, and the amazing amount of power and torque that it has...however i have been having some problems with the engine. i think i may build a 350 and drop it in there. a 35... Read More

Shes the biggest, ugliest truck around, but she has some pretty good get up. The 350ci V8 and turbo400 haul the 1 ton around pretty good. From the tire on the front all the way to the trailor hitch on... Read More

A Tough Truck By migration_saltydog2012

This truck can haul heavy loads and is great in the snow. I think it looks tough but that could be biased! The only drawback is Chevrolet really underpowered this vehicle. I am a small block fan, but ... Read More