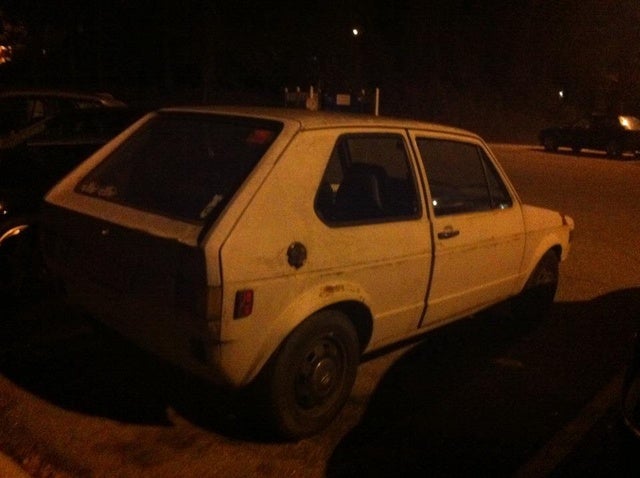 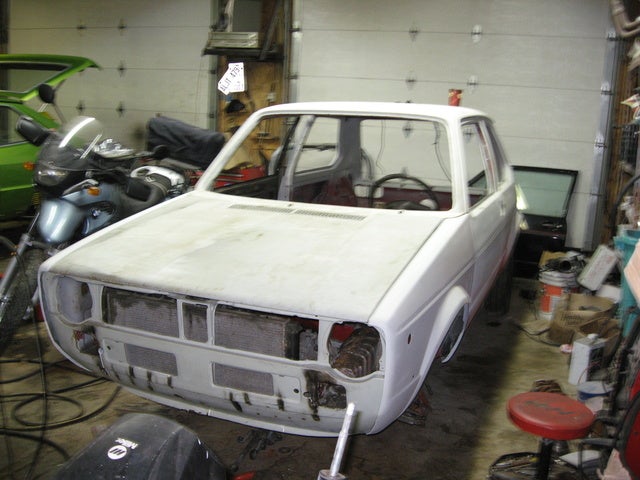 The 1979 Volkswagen Rabbit was the first VW made in America, at a new plant in western Pennsylvania near Pittsburgh. In fact, the '79 Rabbits were the first European cars produced in the U.S., and demand was high for the high-mileage vehicles, especially at a time when a gas crisis was pushing up prices at the pump.

One of the most noticeable changes for the American-made Rabbit was the use of square headlights in a black grille, instead of round headlights. New trim packages were also available for 1979, with a Rabbit C and a Rabbit L joining the basic Rabbit in the lineup.

The Rabbit C package was equipped with an AM/FM radio, a color-coordinated interior, reclining front seats, a rear window defogger, and a day/night rearview mirror, while the Rabbit L package added such features as a wood-grained dash, special moldings on the windows and hatch, and a lockable glovebox. In addition, several other special packages were available, including the Rallye Package, an Air Conditioning Package, and a Custom Exterior Package. Plus, the Rabbit was available in a number of new colors for '79.

Standard power for the Rabbit was a 1.5-liter overhead-cam four-cylinder engine that generated 71 horsepower. A 1.5-liter diesel engine (made in Germany) was also available. MacPherson struts, large disc brakes, rack and pinion steering, four-wheel independent suspension, and energy-absorbing bumpers were all standard equipment.

The 1979 Rabbit was generally very popular with drivers, particularly the diesel models, which were especially appreciated for their high gas mileage at a time when gas prices were soaring

What's your take on the 1979 Volkswagen Rabbit?

Robert Had one, purchased new, in 1979. White with blue vinyl interior, and air conditioning; I think it was the C version. Great driving car, with terrible electrical system. After I sold it it burst into flames for the poor bastard who bought it. And the paint was dreadful But the car was fun and versatile.

Laurence_ My first new car, made it 98K over seven years. Fun car with a MT and 13" wheels. I moved myself and my (future) wife back and forth from our colleges at least a dozen times in that car. It survived a couple blizzards and a deer strike in Pennsylvania. Traded it when electrical gremlins showed up. I've never been sure that we need cars any larger than this one.

Have you driven a 1979 Volkswagen Rabbit?
Rank This Car

I have a 1979 VW rabbit 2 door hatch backwith a diesel motor, motor needs to be rebuilt, has 8751.1 miles on it in fair shape. I was wondering what this car would be worth ?

Was This Car The Only Diesel Car Available In The U.S.A. At The Time?

I have an '81 diesel engine in my '79 rabbit. I was wondering how to tell if the engine is a two stroke or a four stroke. Thanks