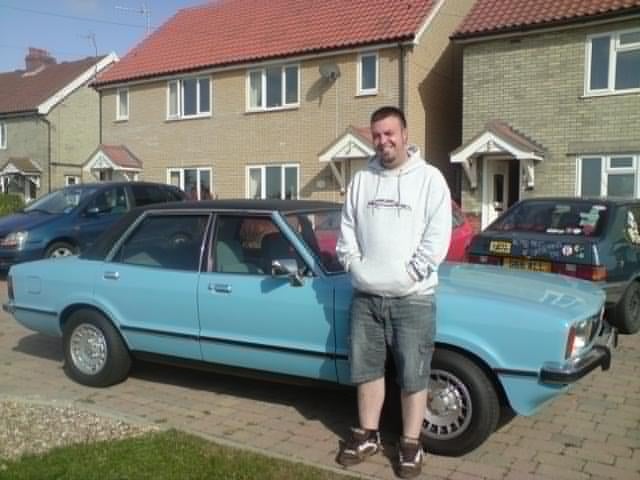 Have you driven a 1979 Ford Cortina?
Rank This Car

I Would Love To Own Another One By Kenrick

My vehicle hade a powerful yet simple engine, simple seats, the headlights was not very effective, the brakes was good, the gear box was most inviting. It needed alot of body work thou. I like the d... Read More

My First Real Car! By Pete

Retro style,165 tyres great fun in the rain. Every one ripped me for owning it but I loved it even more for that. It started life as my gramps 1.6 crusader YFR488Y if any one knows were she is now I w... Read More

Another Ford rot - box, well mine was, but it was quite old when I bought it. Nothing great about the car, but nothing really bad about it either. Decent mileage, never broke down, average family car.... Read More

My First Car By Nicholas1299

Was my first car! Cost me $700 in 1997. Blue sedan, 4 door, dark blue. It was awesome! We blew the head doin skids in a paddock on a mates orchard at Fernhill! Great first car, well built and if I had... Read More

This is not just a car!It is a Tank!Very solid and extremely reliable!It has never dissapointed me by breaking down!The appearance of it is real good like old american cars!Real big!Performance of the... Read More

Owned the 6 cylinder 4.1 ltr TE (Mark 3/1978) Cortina, only available in Australia. Would beat most cars from a standing start during its time ... Read More

Good For Sitting On The Warm Bonnet On A Cold Night And Enjoy A Bit Of Stargazing. By Shannon161

It was a lovely satin spruce green barge with chrome bits. The Cortinas can't take corners !! But, if you were lucky and had one with the good cross flow engine went really fast in a straight line !! ... Read More

Well whats there to say about the cortina it's a really fun car to drive you can give it hell and it'll start every time doesn't give me any problems, The best thing is no one wants to steal it cause ... Read More