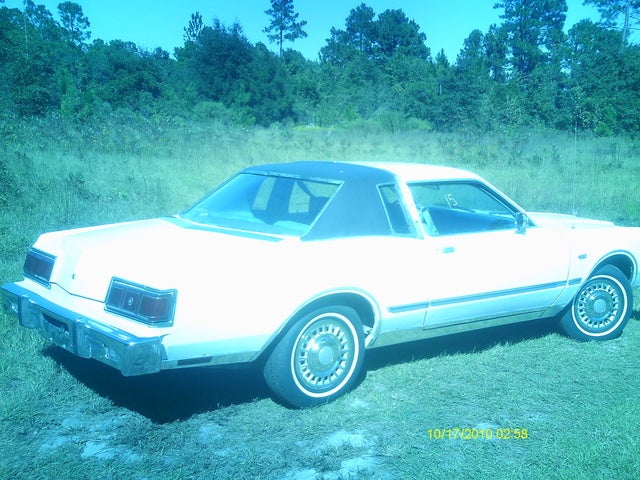 Have you driven a 1979 Chrysler Le Baron?
Rank This Car

Best car I ever owned. Only issue is it did like to eat transmissions. Read More

Lebaron's '87 to '95 classic "wedge" design is still an eye-catcher. Handling is stabile in spite of the missing metal roof structure. Low end torque is plentiful, surprising more than a few sport-s... Read More

Sexy And Sleek By Harry

This car had the mitsubishi 3.0 and had plenty of power. Car drove and handeld pretty well. It was low to the ground though and my seat was busted so those two things did not make for a very comfortab... Read More

Its A Good First Car By webbe

It's a really good first car but it needs more horse power. I would like to be able to install some aftermarket hardware in it and hopefully get an increase in horsepower coming from the car. 1994 Chr... Read More

She is twenty-one now and has retired from her duties as a daily driver. This car was probably the nicest drop top auto an average guy could afford to drive from a time when convertibles were few and ... Read More

I Want To Hate It, But Its Too Damn Good Of A Car. By Ozzie

Performance- It accelerates awesome, handles well, but the tires have too much sidewall flex, brakes tend to fade after hard use, Build Quality- It is built surprisingly well for the era it was bui... Read More

I continue to love the Chrysler convertibles and look forward to my next one, an inexpensive way to get a convertible in your life, paid $5000 in 2000 with 3000 miles on the ODO. My last one ran to al... Read More

This is a smooth riding luxury car similar to T Bird. It has ample power but wont win any races Read More

Have you driven a 1979 Chrysler Le Baron?
Rank Your Car →