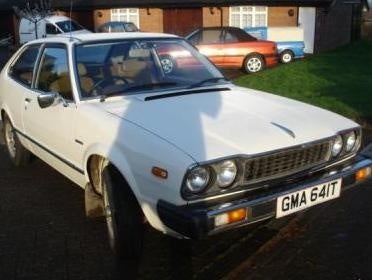 Average user score
5 ⁄ 5 stars
Based on 3 reviews
Tight Engineering, Great Shifter. Big Gas Milage by Wayne — One of my favorite Hondas. Innovative & revolutionary at the time. Raised the bar for US auto maker build quality that the US are just now jumping over. Read more 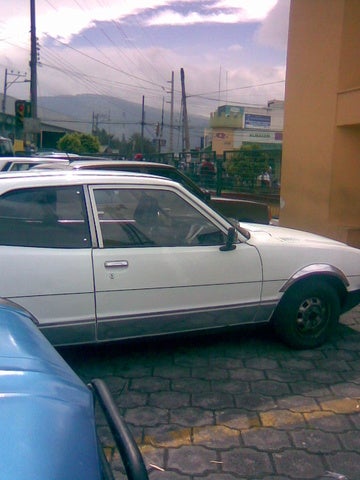 Similar in most aspects to previous Accords, the 1978 Honda Accord still utilized the CVCC Honda engine, which helped it pass the new auto emissions tests. It came as a hatchback that looked remarkably similar to today's Civics and a four-door model. The LX version was introduced in 1978 and came standard with velour upholstery and a digital clock.

In an ironic twist, the '78 Accord was named "One of the Best 10 Cars in the U.S." by Road & Track Magazine, but was also named one of the worst cars of all time by Forbes. I guess its rating depended on whether you considered it as a new car or took a historical retrospective view.

The '78 Accord had problems with failing transmissions, trim pieces falling off, and the interior discoloring pretty quickly.

As with other older Accords, you can find lots of information online about spare parts, rebuilding, and reconditioning the cars if you're an old-car hound.

RadDoc I encouraged my Mom to replace her aging 1969 Chevy Nova 4 door straight 6, auto transmission, with one of these new fangled 1978 Accord Hatchback 5 speeds, after reading the review in Road & Track Magazine. The family drove the wheels off this magnificent auto, including a car camping trip to Colorado. The hatchback held what seemed an endless amount of camping gear. The 68 hp engine with 5 speed transmission zipped the car up the Rock Mtns without hesitation. We never experienced any problems with the Accord LX over the years, and therefore imagine the failing transmissions must have been the automatics, and the interior discoloration probably occurred in the burgundy color. Ours was a blue on blue LX and no velour discoloration occurred over the years.

Have you driven a 1978 Honda Accord?
Rank This Car

Cars compared to 1978 Honda Accord

im using accord 78 and this car are very rare to find..need some help to upgrade my Exterior and Enterior to make my car look interesting new look..if have any iea please msn or ym me at:- eke_mal@ho...

Anyone Looking For A 78 With Only 31k On It It Has Been Sitting For Some Ti...

need some idea to make my honda 78 look new and interesting..this model are very rare to find and less idea..need to upgrade exterior and interior..if had some idea please ym or msn me at eke_mal@hot...

Has Anyone Changed The Heater Core On A 1978 Accord?

I need to change my heater core on my Accord. Is this a hard job to do and is there anything I need to watch out for? Any help would be greatly appreciated.