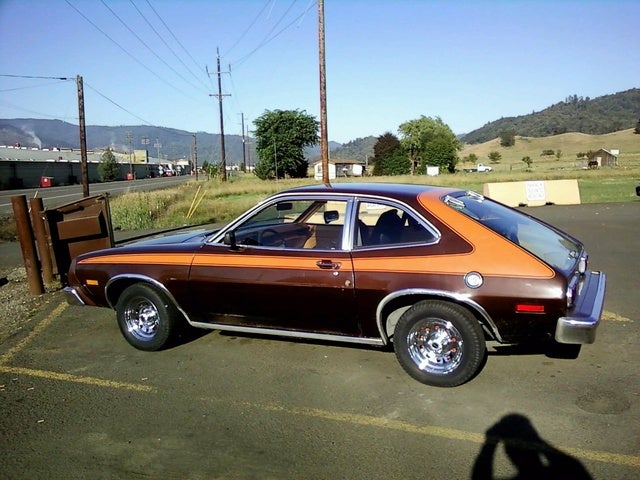 Have you driven a 1978 Ford Pinto?
Rank This Car

I love everything about it, however I have though about dropping a v 6 and auto trans and ditching the 4 cyl and 4 speed. It needs the interior reworked as well as the paint. We are considering painti... Read More

Thank Goodness They Don't Make These No More... By jmsurprenant

All things considered, I did not hate my Ford Pinto...the most worrisome 'feature' was it's dismal acceleration - regardless of which gear I'd be in, I could not get the car to accelerate at interstat... Read More

our great flashback car has the v6 and will cruise at 60 mph with no problems.she is a second owner car in mostly all original condition right down to the philco ford am radio and style steel wheels. ... Read More

Lot Of Miles And Value For The Price I Paid, A Real Work-horse! By Black_E5c4p3

I paid $1788 in 1984. The car had 23,500 original miles and had a Sears air-conditioning unit installed by the previous owner. Automatic, metallic sky-blue and it got me places I needed to get to, wor... Read More

Work In Progress By Jesse

I Wish I Had It Back By John

the pinto was a bomb. it was orange to boot. it was my first car and it seen a lot of action both on and off the road. the car was great for first ever car. I had two more pintos after that one. Read More

fast but needs work. raced out motor 4 speed trans needs some body work and interior work but when its done it will be a eye turner even though its a pinto and its fun to drive fast or slow Read More