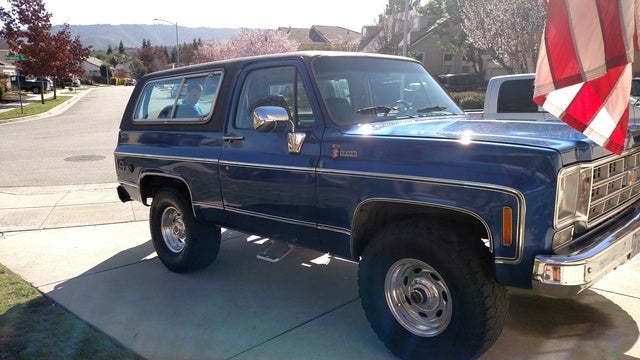 Have you driven a 1978 Chevrolet Blazer?
Rank This Car

Love the features. Good car for the money, it’s a dream to drive Read More

Purchase the Blazer as a retirement vehicle as a RS model with alot of the safety features and creatures comforts we all deserve at this age. Chevy has diffinently can compete with any foreign autom... Read More

I love it, its missing the sunroof but Ican do without it!! I love everything else it has!! Read More

Great look accompanied with a smooth ride! Definitely a huge improvement over the previous iteration of this vehicle. Definitely recommend for anyone searching for a mid sized suv with a sporty edge. Read More

Have you driven a 1978 Chevrolet Blazer?
Rank Your Car →