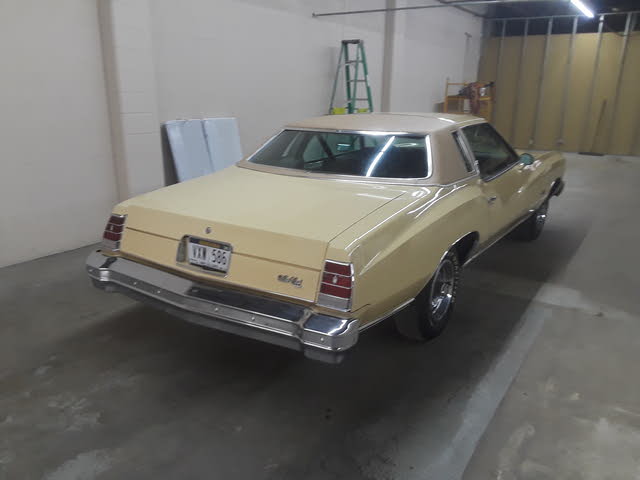 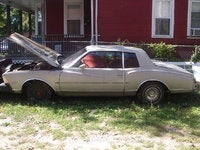 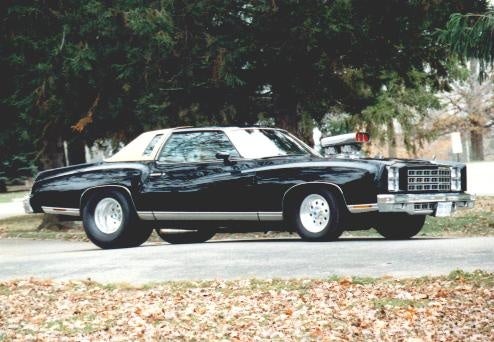 The year 1977 may forever be remembered as the one in which the Chevrolet Monte Carlo was most like a deluded larger person. Okay, probably not, but there was one similarity: You know those people who tell everybody they are a size "medium," but still look bigger standing next to someone who is a "large"? Well, in 1977 the midsize Monte Carlo was bigger in every dimension than the full-size Caprice and Impala, as these cars had already become victims of the oil-embargo-induced diet that the Monte Carlo would endure the following year. For now, the Monte Carlo calling itself medium was a bit of an understatement.

What's your take on the 1977 Chevrolet Monte Carlo?

Phillip My first car was this same pictured above yello 1977 Chevrolet Monte Carlo. It had the Landau top of course. Problem was the with excelleration due to low gears in the read axle. Only 3:23 gearing. If it had 4:11 gears, headers, an RV mild cam, and dual exhaust it would have been awesome! The rear air shocks was a nice gadget to adjust the stance of the rear up or down.

Have you driven a 1977 Chevrolet Monte Carlo?
Rank This Car

My 77 M.C. Has Been Sitting In My Garage For A Few Months, I Tried Starting...

when i try to start the car it feels like it wants to but after a few tries i just give up.

I have a 1977 Monte Carlo 350 the cruise control is not working any ideas?

48 views with 4 answers (last answer about a year ago)

So I am unsure of this. I just acquired a 1977 Monte and was changing the air cleaner assembly. There is a what I believe is a ground cable going from the air cleaner post, to the fire wall to the ...

Does anyone know if a 1977 chevy Monte Carlo factory full vinyl top have a seam down the middle, Or does it have 42'' down the middle and 2 seams down each side. Please advise.

Will A New Turbo Diesel Fit In My 1977 Monte Carlo?