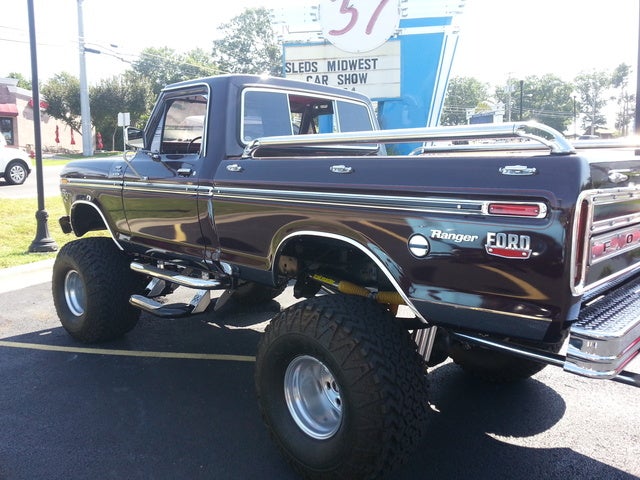 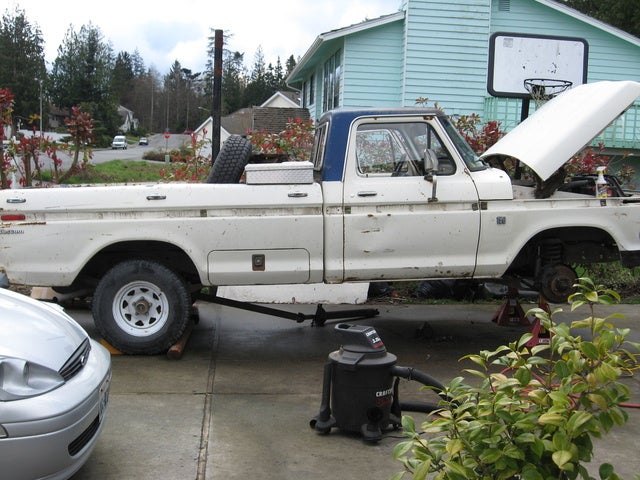 1976 marked the launch of the Ford F-150, a new entry in Ford's popular F-series line of trucks. This rugged new half-ton pickup quickly found its market; it accounted for one-third of F-series sales in its first year, and took off from there.

A workhorse designed to fill the niche between the F-100 and F-200, the 76 Ford F-150 proved to be as popular with off-roaders as with farmers and ranchers. Offered in Custom, Sport, Ranger, and Ranger XLT trims, the truck came off the line with a choice of FE, 385, and Windsor V-8 engines, as well as a straight-6. A styleside supercab option offered exceptionally roomy seating, and a 4-door crewcab and a 2-door cab were also available.

The 1976 F150 has turned out to be a tuner's delight. Four-wheeling fans love it for its toughness, its reliability, and its burly, boxy style. You won't find the Lariat trim in this year's model (that trimline wasn't introduced until 1978), but the many configurations available in both styleside and flareside (not to mention the variety of bed and tonneau options) offer some great choices to anyone looking for a vintage muscle truck.

I have a 76 f150 that was running great, I was driving it home and it ran out of gas suddenly, both tanks have fuel but there is no fuel to the carb. would a fuel pump just up and die with no warning ...

I found this 1976 Ford F-150 Custom on my grandparents neighbors land, it has barely any rust, the only two rusted through spots are on the tailgate, it had 1912 original miles, was brought down t...