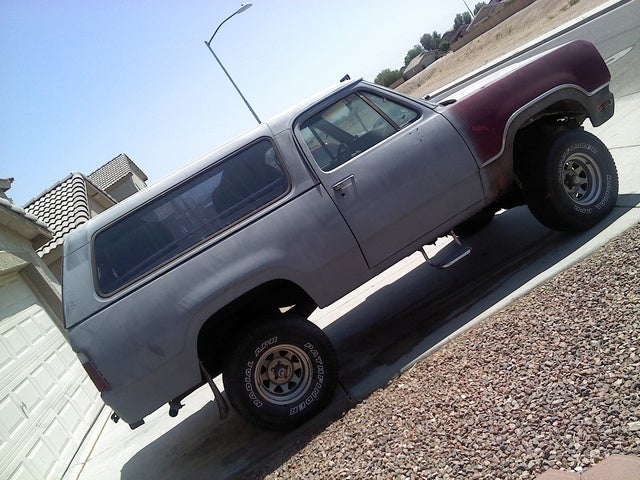 Have you driven a 1976 Dodge Ramcharger?
Rank This Car

Perfect For The Simple Minded Off-roader By Zach

A great vehicle, simple to work on, quality is good for a nearly 20 year old truck. Performance is right there, cost of ownership, I bought this as an offroad rig for $360, put in alot of time and eff... Read More

This is a Sherman Tank folks! The last year Dodge made Ramchargers in this country.....I think they still sell them in south america......Anyways, I love this old tank! Plenty of power from the little... Read More

They are junk do notvbuy one. Spend your money on a old bronco. 80-94 Read More

Probably The Toughesttruck I Have Ever Seen Off Road By Steve

Has been a great truck the only thing i've had to do to keep it moving down the road is water pump fuel pump and some U-joints. If you get the chance to get one i would if you don"t mind spending a li... Read More

It had a 4speed four wheel drive I took it all over and never got stuck it did have to much speed but it had the off road abilities if you knew how it handled and you were safe on how u drove it thre... Read More

This has been a really reliable and tough vehicle. Ive used it for everything from a trainer car for my kids to drive to a sturdy 4wd to fetch the annual Christmas tree. I live in a moderate to severe... Read More

Have you driven a 1976 Dodge Ramcharger?
Rank Your Car →