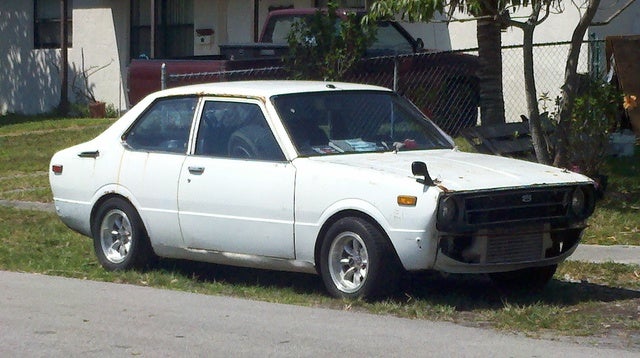 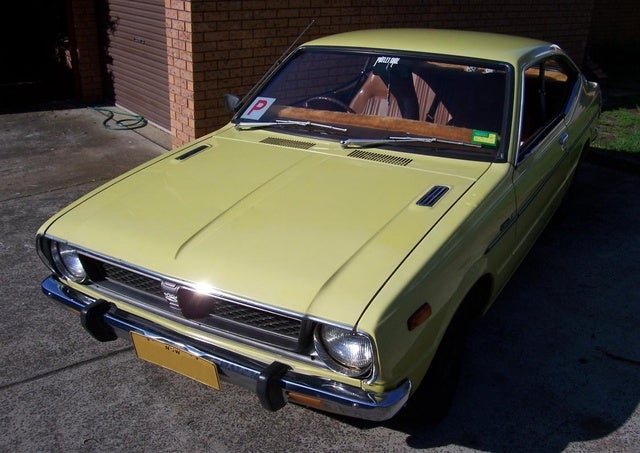 In 1975, Toyota introduced a restyled Corolla, with an angular body and a raised center section in the grille. Five body styles were available that year, including a two-door sedan, a four-door sedan, a two-door hardtop, a two-door sports coupe, and a five-door wagon.

The 1975 Toyota was criticized for being more expensive and less fuel-efficient compared to its competitors, like the Honda Civic and the Datsun B210.

What's your take on the 1975 Toyota Corolla?

suzannah33 Bought my first car, a two-door '75 Corolla DX, when I was 19 years old. This was in 1988. I bought it for $900 with money I earned babysitting. It was brown at first, but I had Earl Sheib paint it white. I loved that car so much. It ran and ran and ran - very reliable. If I ever have the opportunity, I'm going to buy another just like it. GREAT car!

Bob I bought my 1975 Corolla SR5 new in "75". It was my first New Car. I was 20 yrs old, had a good job, so with gas prices going wild I went for economy. It was bright red with a black vinyl top, and black int. Loved the (5sp) stick shift. Sharp looking and great handling, for an economy car. Foolishly I jumped the gun and traded it 2 yrs later in search of a better winter vehicle. Typical kid with a job to support silly notions I guess. I should have just bought a winter beater and drove the "Toy" in better conditions instead of trading it. Someone got a cute lil Toy to enjoy.

Have you driven a 1975 Toyota Corolla?
Rank This Car

I Need A Brake Upgrade

i have only taken my car for a short drive while i was legaly allowed because it is not registered as yet and the first thing i noticed was how poor the brakes wer so i changed the brake pads and blee...

I Want To Repair My Toyota Sedan 1975 Livein Philppines Where An I Buy Spa...

Can Any One Help. I Need Grill Spares.