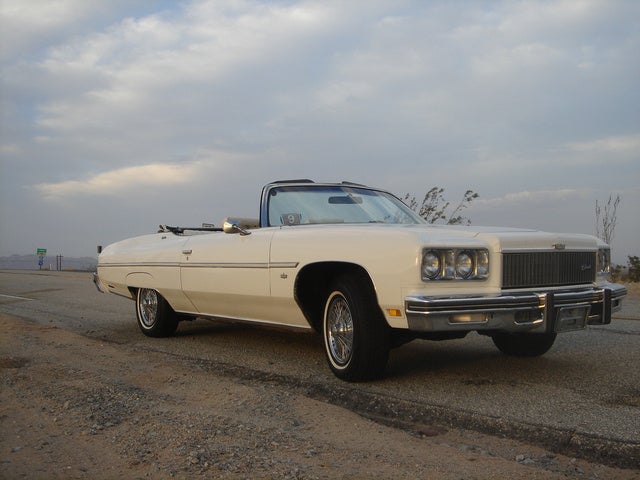 Have you driven a 1975 Chevrolet Caprice?
Rank This Car

Skies The Limit By Ilaisaane

I love this car and get alot of respect from people. It took alot of hard work to get this where it is now and I'm still in the process of getting some more work done. The color cordinates with the in... Read More

very less maintenance cost ,and the price is also very low if u customize this car in low ride , wide body , body kits , headlights and some other appliances its fuel tank is toooo big not too bad ... Read More

Would like to have more space in the trunk without taking out the spare tire.parts are cheap unless you need new tires. Though that depends on the type and style of tires you want on it. Good overall ... Read More

A Fun To Drive And Reliable, Safe Vehicle! By woodypete

The "Woody" is truly a classic car. It is one of the last station wagon's before SUV's came on the scene. The rear 3rd row of seats faces backwards so you are looking out the rear window. What an expe... Read More

Dont make them like this anymore ,tons of room and a ride better than a truck . Read More

These cars are really under rated, IMHO. Naturally, since it's a used car, there are some issues to be over come but nothing's come up so far that can't be repaired. When I took ownership, the rea... Read More

Last Of The Land Yachts. By Stephen

Performance: Is decent it has a 305 V8 so it has power and gets reasonable MPG's. Its handling is very floaty like a boat so it's never dull. Build Quality: Is well typical GM from the 90's... crappy... Read More

Have you driven a 1975 Chevrolet Caprice?
Rank Your Car →