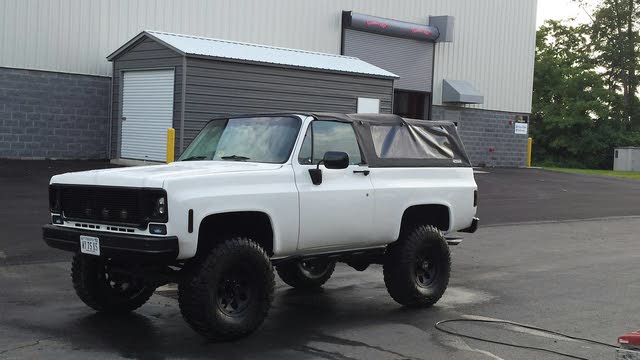 Average user score
5 ⁄ 5 stars
Based on 2 reviews
Fun, Unique Sport Vehicle. by K5Chyanne — The 1975 K5 Chyanne is a fun, unique sport vehicle. It's versitility of use as an all around type vehical of low maintainance exceeds all others on the road today. Read more
Its One Of A Kind by Cody189 — i rebuilt this old 75 chevy into a hot rod and i lov it the 400 thats in it is killing my check book though Read more 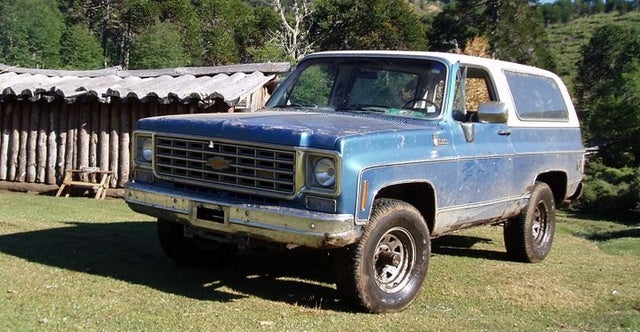 New for 1975 was a catalytic converter. This was also the first model year to feature GM's new HEI electronic ignition, replacing the old points-style ignition from years previous.

Also new cosmetically for the '75 Blazer (and also C/K pickup trucks) was a redesigned front grille with larger rectangular grille openings. Also, the recessed areas of the headlamp trim were painted silver instead of black. These changes would follow through the 1976 model year.

1975 was also the first year for the factory-installed roll bar just behind the front seats.

The 1975 Blazer was the last Blazer to feature the full convertible top. When restoring a 1975 Blazer, the fiberglass top can be replaced with a removable canvas top if so desired.

What's your take on the 1975 Chevrolet Blazer?

Guru99HX6Y Fantastic ;loveit used to have it (A three speed ones) looking to get one again with a resonable priced.low milage.If any please let me know ,priciyed.@radahdsgimal.Thank u.

Have you driven a 1975 Chevrolet Blazer?
Rank This Car

How Rare Is A 1975 2wd Blazer With Full Detachable Top?

has lifts and new parts and new front and rear differentials.

Can You Give Me A Ballpark Figure On How Much It Would Cost To Totally Redo...

I have a '75 chevy blazer. It needs everything redone on it. I wanted to know approximately how much it would cost to redo the entire car or if I should just get rid of it. It does have the removab...