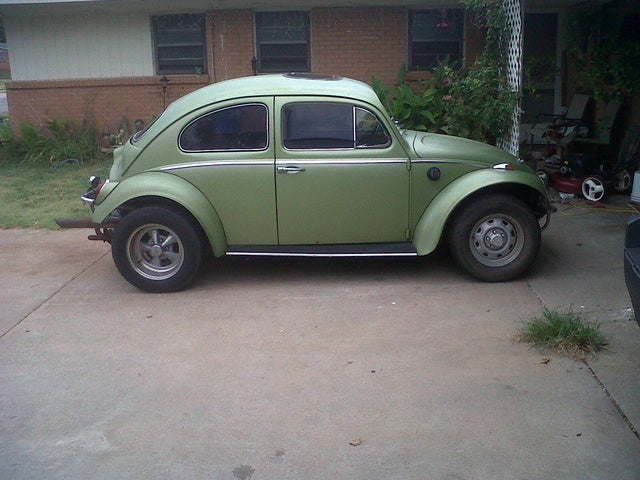 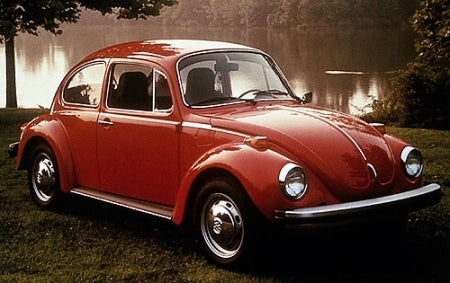 Volkswagen introduced two more limited-edition Beetles for 1974, continuing a trend that had started in the early 1970s. The Love Bug was available in either Phoenix Red or Ravenna (lime) green, and came with sports wheels, special bumpers and headlights, side stripes, and special badging. The Sun Bug came with nut-brown sports seats with matching panels and carpeting, a wood-finish dashboard, sports GT wheels, and a sunroof with a wind reflector. It was painted metallic beige.

The standard Beetle received a few minor upgrades, including a softer steering wheel to improve the car's safety factor, a quieter muffler, and energy-absorbing bumpers that could return to their original shape if dinged.

The Beetle was equipped with the 1600 four-cylinder, air-cooled engine that generated 58 horsepower, as well as with a dual braking system, four-wheel independent suspension, and a flow-through ventilation system.

What's your take on the 1974 Volkswagen Beetle?

VCBug74 Did my 74 Super Beetle Sun Bug come with factory front disk brakes, or was it converted to disk brakes

Have you driven a 1974 Volkswagen Beetle?
Rank This Car

Can I drive my 1974 volkswagen super beetle for an hour with the generator light on, without doing damage

how does it operate with no clutch

My husband bought our daughter her dream car - 1974 VW Bug - it runs and has a great body considering the age, but we know there are lots and lots of repairs needed. The inside needs restored. Lo...

Where can I locate a fuse panel for my VW? Current one is unusable.

925 views with 2 answers (last answer about a year ago)

What Kinds Of Problems Do You See In 1974 Vw Beetle?

715 views with 2 answers (last answer about a year ago)