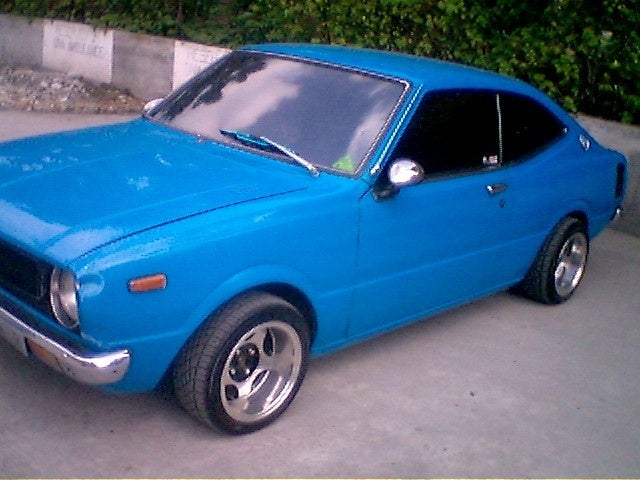 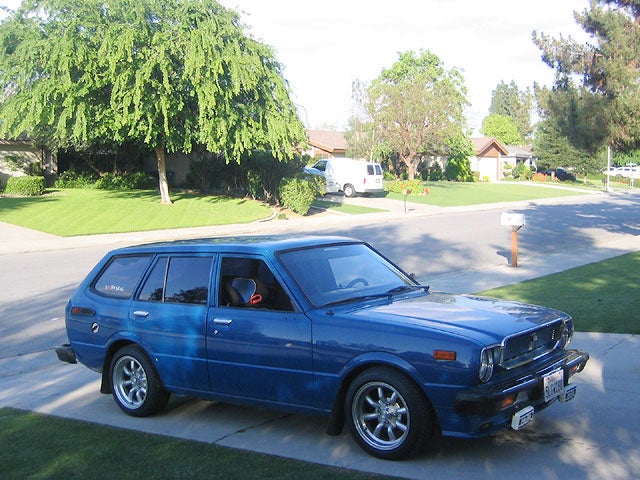 The 1974 Toyota Corolla had a four-cylinder, 1.6-liter, 102 horsepower engine. It was available as a coupe, a wagon or a sedan. The sedan came in three trim levels: Standard, Deluxe, and Hi-Deluxe. The coupe was available in a Deluxe, SL, SR, and SR5.

Toyota was gearing up to introduce a new Corolla the next year, so the 1974 Corolla maintained its conservative, unshowy styling. Despite being not much to look at, the Corolla was becoming increasingly popular for its performance and value.

What's your take on the 1974 Toyota Corolla?

Althea I've been driving my car since 1983. (I'm the 2nd owner.) I love it dearly and don't want any other car. It's in sad shape, having had many parts replaced over the years, and though it was repainted some 20 years ago, there are still rust spots. I am sad about this and so wish I could have many things done for it - I just don't have the income. But I can't imagine driving any other car. The engine is lovely, it goes and goes, and all the proportions are perfect for me. But that's me. Let me tell you, though, that everywhere I go, somebody stops me and says how much they love my car. All ages and types of men, and especially young women, do this. I often see them when I've pulled in to park somewhere, waiting till I get out, so they can ask me either, "How many miles you got on that car?" or "What year is that car?" Many have told me, "I used to have one of those, it was the best car I ever owned." Sometimes I ask them, "Then why did you get rid of it?" And they don't know, usually. It's absolutely fascinating. After so many years, it's come to the point where parts are hard to get. Right now the garage is looking for a brake master cylinder, and I hope we get lucky. I love my car and plan to keep driving it till one of us drops for good.

Have you driven a 1974 Toyota Corolla?
Rank This Car

eBay's no help, tire stores don't carry the size. Salvage yards too far away. Help, please! Where can I look?

Where Can I Find Front End Parts For A 74 Corolla?

I need a number of pieces to repair the front end - tie rod end, struts, mounts, things like that. Looking for a source. I have a great garage that can't find all the pieces I need. If I can find some...

I am looking for a 1974 Sr5 drivetrain complete and running with a good clutch .I'm living in Toronto Canada .You can contact me @ robfredericks@sympatico.ca

Will The Radiator Of A 75 Corolla Fit A 74 Corolla

I Have A 74 Sr5 We Are Replacing The Front Shocks And I Have Tokiko Lowerin...