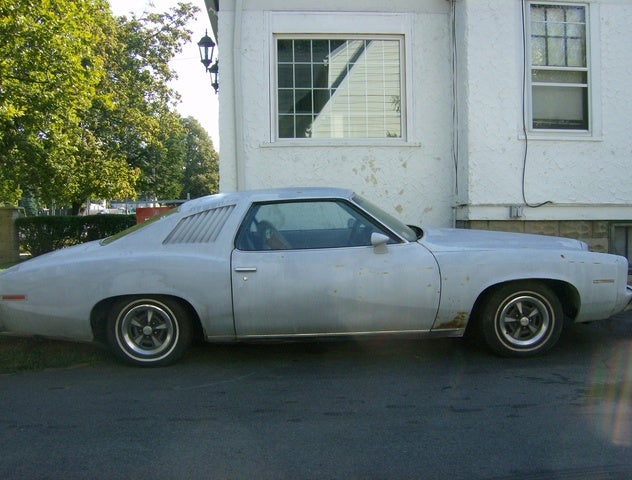 Have you driven a 1974 Pontiac Grand Am?
Rank This Car

its not a speed machine it hasnt needed much for repairs the interior appearance and exterior are great. its great on gas and its a very comfortable car to drive and it is a safe car to drive if you... Read More

Read all 2006 Pontiac Grand Am reviews

This type car is wonderful. Good smooth riding, easy to drive. Great radio and CD player. A/C and Heat were excellent. This car was my baby and so much fun to share with my friends. I took severa... Read More

I like just about everything on this car, the 3.8L engine has lots of power, very rummy inside, great gas mileage for a v6 engine, it go lots of miles but still running great, everything works on this... Read More

I love orginal put some 15z or 16 in rims chrome wind shield wipers , chrome handle. As Beyonce says a lil upgrade is good for all. It still looks good in her oginnal . Read More

A Great Reliable Car With Sports Look. By rbalducci

When researching this car it had great fuel economy, wider base, and low maintenance. I liked the look and the appearance of this car. It handles the road well, and makes it a joy to drive. All the ... Read More

It was an el cheapo car until I could afford a better one. I don't plan on having this car long term.The car gets really good gas mileage, but it lacks power. The engine is pretty reliable and I've ha... Read More

I'm A Pontiac Man , Love My Pontiac Vehicles By Garry

Monsoon CD Stereo system sounds great with the Factory Monsoon 250 watt Amplifier and the Monsoon Speakers, but for the rear panel 6x9 speakers needs up grade what i don't like about is that ... Read More

I owned this car during my college years. It got me through many 300 mile trips to and from college, as well as trips across the country. It sounded great after installing a magnaflow cat-bat exhaust... Read More

gas mileage is good, needs front struts, window motor on the passengers side is out, has the annoying clicking all the time but getting it fixed. accelerates way better than the talon I had. about as ... Read More

Cars compared to 1974 Pontiac Grand Am