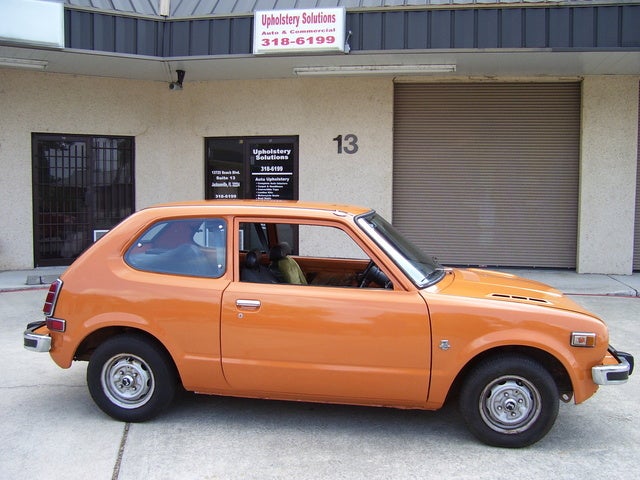 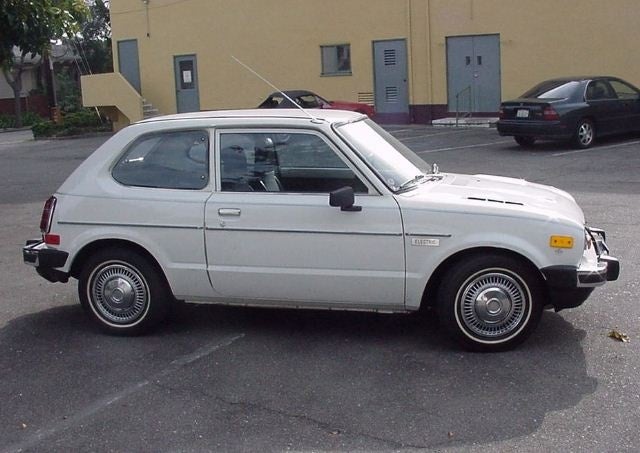 Honda introduced a few changes to its Civic this year. The 1974 Civic engine was a bit bigger, now at 1.237 cc and a whopping 52 horsepower, certainly not making it a race car, but meeting Honda's slogan of "it gets you where you want to go."

The length also grew by a little more than 8 inches, up to 146.9 inches, and even the bumpers changed a bit so that '74 Honda Civic could meet new impact standards.

The early Civic had an independent coil suspension and still came in only two basic models, the Civic coupe and Civic hatchback.

Although still new to people in general, its value, efficiency, and diminutive size eventually became cool and the 1974 Honda appeared in such movies as Kramer vs. Kramer, Girls Just Want to Have Fun, Lethal Weapon 3, and Crash.

Bella nice car. they should make them as this today.

Have you driven a 1974 Honda Civic?
Rank This Car

What Ia The Current Price For A Honda Civic 1974