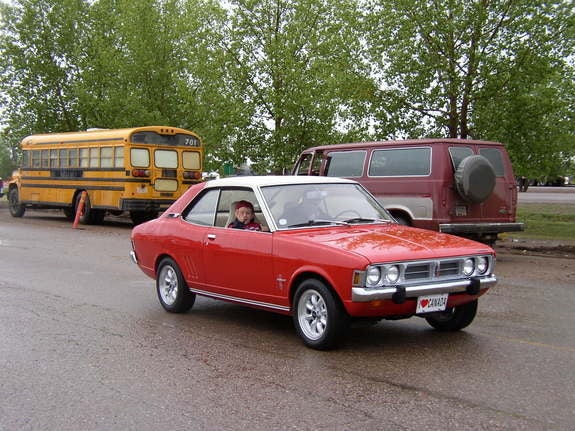 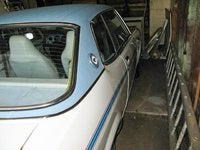 The Dodge Colt gets a little sportier in 1974 with the introduction of the 2-door Colt GT, a turbo version of the 1.6-liter engine paired with a 4-speed manual transmission. The 2-door hard or soft top coupe, 4-door sedan, and 5-door Custom Wagon were still offered with either the 1.4-liter or 1.6-liter, 4-cylinder, 85-hp engine. The 4-speed manual was standard, but there was a 3-speed auto tran option.

Larger front and rear bumpers were also added to the 1974 Dodge Colt to comply with new federal safety regulations. The Colt also received a twin in the Plymouth line, initially labeled the Champ or Cricket (though later renamed the Colt). Already a reliable economy car, this subcompact got a lot speedier and more fun to drive with the addition of the turbo and some sporty styling.

Inside, reclining bucket seats and a tilt steering wheel focused on driver comfort, and were unusual standard features in subcompact cars of that day. The rear seats suffered from lack of legroom, particularly in the coupe. The Custom Wagon offered extra storage space.

Jan I owned a 1974 dodge colt when I was 16 years old. Had the car for 15 years. Overhauled the engine once and it took me all over the east coast. Loved that car. Finally traded it in and got $1000.00 for it When I signed the paperwork for my new car, my old car died on the lot and had to be pushed in the back. A few years later I saw it driving in Front Royal Virginia. I stopped the guy who was driving it and he said he that he paid 800.00 for it and it had been riding good since the day he bought it. It had over 300,000 miles on it at the time.Best car I ever owned. If the colts were brought back to life again, I definately would be buying one. My entire family owned dodge colts in the 70's.

Have you driven a 1974 Dodge Colt?
Rank This Car

I Am From New Zealand And In The Process Of Restoring A 1974 Colt (Mitsubis...

I need a windscreen for my Dodge Colt. I am unfortunatly in South Africa, and I can just find NOTHING for it here. Anyone out there who could help me? My email is macsmotors@interweave.co.za

Does Anyone Know Of A Dodge Colt Car Club(esp. The Early Years 1970's)?

I am looking for a Dodge Colt (and all of its foreign couterparts) Car Club in the US?

Where Can I Find A Grille For My 1974 Dodge Colt

I have hunted high and low to get a grille for my 1974 Dodge Colt...I am looking for other parts also. Would be willing to buy whole car for parts or just parts...where can I find them?