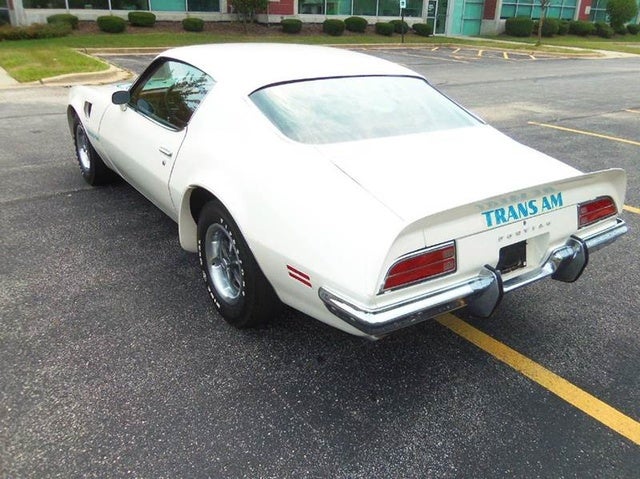 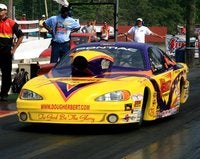 CarGurus has 165 nationwide Grand Am listings starting at $1,600. 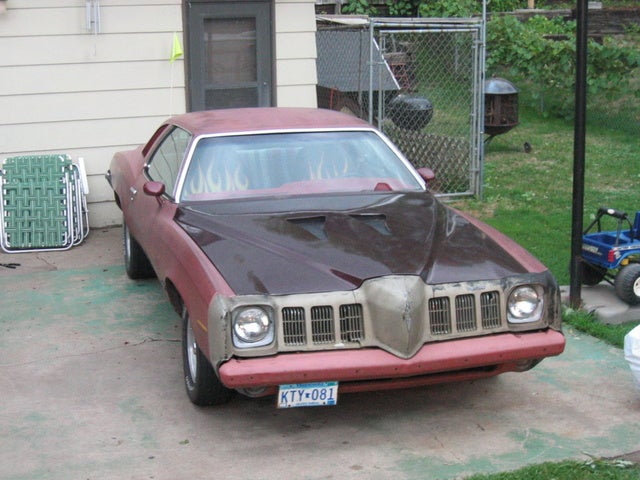 The 1973 Pontiac Grand Am was the newest GM offering on its A-body platform, an attempt to incorporate the interior comfort, handling and reduced size characteristics of foreign cars into American-engineered cars. Slated at first to be a GTO, it was switched at birth and received its own model line when the GTO got incorporated as an option in the LeMans. The 1973 Grand Am was offered as coupe or sedan (and one station wagon -- that's right, one). It was marketed as a performance tourer, a roomy midsize family car, albeit one with a powerful engine second only to the Camaro and Corvette.

Under the hood you had a variety of options. The 6.5-liter 400 block V8 engine with a 2-barrel carb rated at 170-hp, while the 4-barrel version came in at 200 hp. These were paired with a Turbo Hydramatic 4-speed automatic. Much rarer was the 400 4-barrel engine paired with a 4-speed manual. A powerhorse 7.4-liter 455 V8 engine hit 250 hp with the Hydramatic transmission.

Inside, the 1973 Grand Am resembled the Grand Prix, and featured deep-set reclining sports seats, a wood instrument panel, headlight dimmer switch and a choice between leather or corduroy seats (this was the '70s, after all). To be performance-oriented, it was built with a heavy suspension, large anti-sway bars and 15-inch tires. Though sharing an A platform with such cars as the LeMans, Grand Prix and Buick Century, the Grand Am distinguished its exterior styling with two hood scoops, louvered rear quarter windows and six small vertical grilles bookended by round headlights. Drivers loved the engine performance, smooth ride and sports handling of the 1973 Grand Am.

honeycomb Owned a 1973 455ci. in factory yellow with brown vinyl roof and slats, tan interior. Dual exhaust, and with special honeycomb wheels, this machine could run. Drove it from Maine to Montana and back with one failure. The exhaust manifold blew a gasket and one muffler after driving a steady 100 plus mph in 98 degree heat in Nebraska. Fixed in Grand Island by a great guy, then drove 120 mph from their to upper Colorado - nearly steady on - with new wife in car reading a paperback. I asked her to look at the speedo and she gasped. Told her we'd been driving that fast for over an hour. The car was an American Ferrari, albeit quite larger. But, there's nothing like a big, fast car in the open West.

Jeeperjoe Best automobile I ever owned funky copper olive or something black vainly top smooth hood turbo 400 tranny one cool ride that big old four hundred up front would pull forever. Only car I ever had that I didn't overdrive it had more guts than I did. Wasn't a lot if stuff at that time that handled like that had sway bars that looked like light poles. Fifteen inch Pontiac five spokes and the first set if radials I owned 60's I thinks two tons that felt like a go cart. Wish u had about three hundred miles to druve it today if I could find the right 8-tracks to carry

Airroll America there is no car ride like the ride of the 73 400 Grand am ,its like a Harley Davison motor cycle the first v rod or the sound of the twin engines .as they make a sound like no other like a 350 v 8 a sound that no other car can make and its like a F16 fresh off the general Dynamic line and as it brakes the sound barrier you just say to yourself I truly pitty the enemy that has to face this bird as its already past you before you hear its roar just like the Grand Am .American technology it warms my heart!

Guru8WKD7 Lived out of country and swore I'd own one - bought a good used example from a UC dealer near ATL airport in 1974 - four door, black 455 with every living option - loved it! Fell on hard times (spoiler: woman involved) and had to let it go a year later. What I'd give to have it back now...

Have you driven a 1973 Pontiac Grand Am?
Rank This Car

Cars compared to 1973 Pontiac Grand Am

CarGurus has 165 nationwide Grand Am listings starting at $1,600.

Looking For A Nose Emblem For My 1973 Pontiac Grandam

Anyone got one they would be willing to sell? Where can I find one of these?