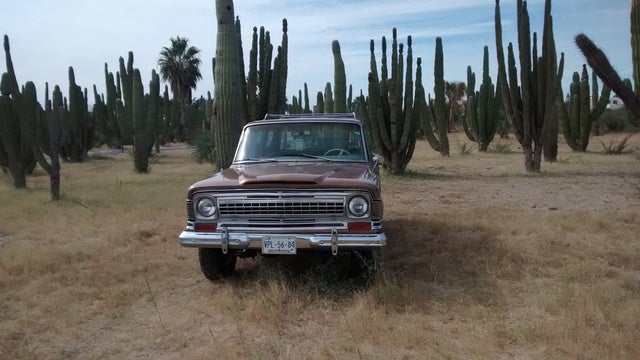 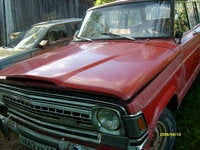 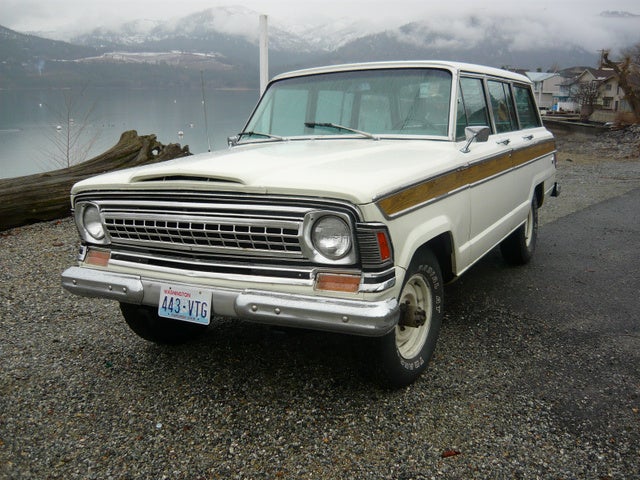 The 1973 was a trail blazer that came from a long line of hardy trail blazers. Two engines were available: an AMC 360 V8 and an AMC 258 cubic inch I-6. The 1973 Jeep Wagoneer was built to power through any trail in any weather, snow, rain or shine. 1973 was a momentous year for the Jeep Wagoneer line, because a Wagoneer came in first place in the first ever SnoDrift Rally. A Wagoneer also took second place in the event. 1973 also brought forth the first ever QuardraTrak 4WD system, which was the first fully automatic 4WD system.
Three transmission options came in the 1973 Jeep Wagoneer: a 3 speed manual, a 4 speed manual, and a 3 speed automatic. Why so many options, you might ask? Well, not only was (is) the 1973 Jeep Wagoneer great at bumping along the wooded, rocky trails of imagination and reality, but it's just as comfortable cruising down the road, smooth and comfortable, with plenty of room for passengers. And despite being from 1973 (before some of us were born), there are still Jeep Wagoneers of this breed out there, either well-maintained, or waiting patiently for the Jeep faithful to come along and restore them, confident that they can still dominate any terrain.

Have you driven a 1973 Jeep Wagoneer?
Rank This Car

I'm Getting Interested In Older Wagoneers But I'm Confused. I'd Rather Not ...

What Is A 73 Jeep Wagoneer Worth?

I have a 73 Wagoneer with 360 in it. It runs and is in pretty good condition. I have one litte rust spot under the bumper, but thats it.

I can't fill the fuel tank

114 views with no answers yet

Where would the float be on this car? The gas gauge doesnt work, my husband says it is the float. thanks