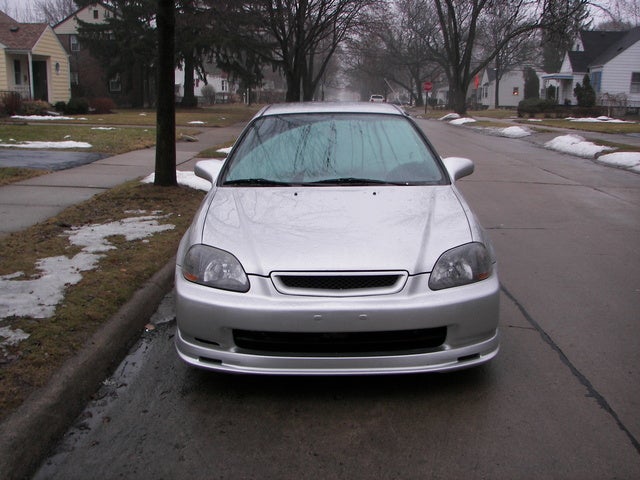 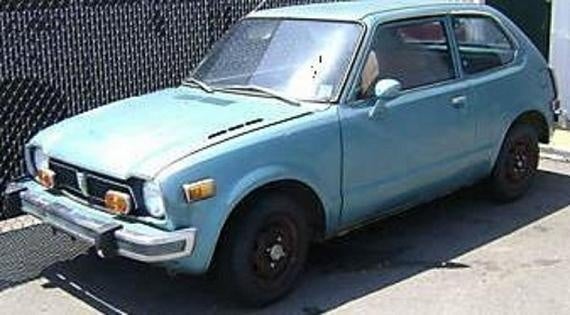 The 1973 Honda Civic debuted in July of 1972 as a little coupe, with twin cylinder, air-cooled engines that were placed transversely to help give the tiny Civic a bit more interior space.

The '73 Civic, which also came as a hatchback later in the year, was a very (extremely) basic car having plastic trim, an AM radio, and a heater that worked on occasion. It relied heavily on Honda's knowledge of motorcycle technology.

Yet, people were amazed that four adults could fit into this car that had only an 86.6-inch wheelbase and 12-inch wheels. Even more shocking was that even at that time, the Civic got 40 mpg, which was terrific since the U.S. was faced with a gas shortage. And they loved the fact that because of its size it could easily weave in and out of traffic and park almost anywhere.

There were only a few options to choose from, which consisted of an auto transmission, a rear wiper on the hatchback, air conditioning, and radial tires.

Guru59M8W wrong, first off the civic was powered be a all new over head cam liquid cooled 4 cyl the prior N600 was powered by the air cooled 2 cyl and was basically an enclosed 4 wheel motorcycle

Have you driven a 1973 Honda Civic?
Rank This Car

This is a research question

Are They All Manual Transmission Is There Any Like Automatics?